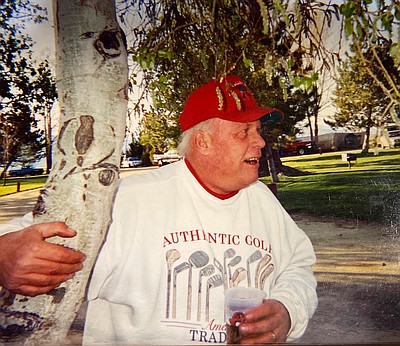 Whitey passed in the Northern Nevada Veterans Home of complications due to Parkinson’s disease.

Whitey was a long time member of Sertoma and was also well known for his involvement in youth sports, always volunteering to coach, umpire or referee. He was especially proud of helping to bring Little League to the Carson Valley.

He leaves behind his wife of fifty years, Bonnie, sons Pete and Scott (Elaine) and granddaughter Luna as well as his brother Fritz (Patti), several nephews and one niece.

He was a good man and he will be greatly missed. Services will be private.