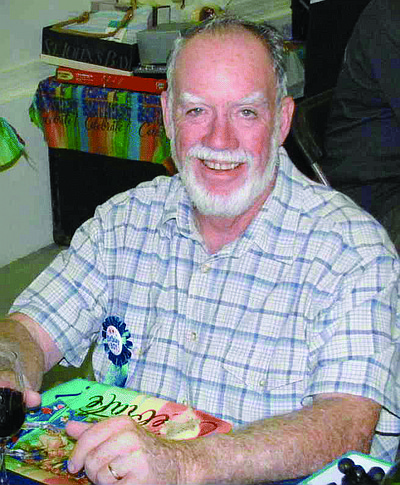 John (Jack) Francis Sullivan Jr. passed away peacefully at the age of 84. Jack was born in San Mateo, CA, attended school in Palo Alto, CA and then proudly served in the United States Marine Corp. Jack married his wife, Georgean, on August 11, 1962 and had three children: Sheri Hudder, Carson City, NV; John Sullivan III, San Diego, CA; Tim Sullivan, Rocklin, CA. Jack and Georgean left CA in the mid ‘70s and settled in Northern Nevada where Jack worked and retired from South Lake Tahoe Public Utility District. When he retired in 2000, he and his wife became snowbirds in Lake Havasu City, AZ. They became permanent residents in 2004. Jack’s life was always full of family and friends.

Captain Jack, as he was often called, was an avid fisherman and belonged to the Elks fishing club for many years. He and his wife were avid travelers, embarking on a cross country RV trip as well as traveling abroad. He was proud of his Irish heritage, proud to have served his country as a Marine, was loved by everybody, and will be truly missed.

He is survived by his wife Georgean, 18 days shy of their 60th wedding anniversary, his daughter Sheri Hudder (Ken) and his sons John Sullivan III (Marta) and Tim Sullivan (Jennifer).