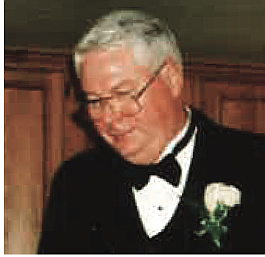 Doug was born in December of 1944, in Hollywood, California, to John and Marguerite de la Vaux. He died March 8, 2022, at his home in Carson City, following a long illness. He was 77 years old.

Doug graduated from Hollywood High School and Los Angeles City College. He married his first wife, Jeannine Lamarr, August 19, 1967. He was employed by the Bell Telephone Company until their move to Carson City in 1969, then Continental Telephone in Gardnerville. When Doug was hired by Nevada Highway Patrol, Motor Carrier Division, he and Jeannine moved to Elko where their daughter, Danielle, was born. The family returned to Carson City, opening Phone Center Answering Service in 1983. Phone Center served the Carson City medical community for 25 years. Doug lost Jeannine to a stroke in 1991. In 1994, his daughter, Danielle, died due to medical malpractice.

Doug married Mary Lynn Annas on November 13, 2004. He sold the Answering Service in July 2008. In December 2008 he suffered a heart attack, followed by a stroke in September 2010. His health never recovered. The family extends a special "Thank you" to Mary's sisters for their assistance in caring for Doug.

Doug loved the outdoors and spent many wonderful days in his boat on Lake Tahoe before his health failed. He was a generous man who helped his employees and family members through tough times. He loved working with wood and resin, creating several beautiful pieces of furniture for his home.

Doug is survived by his wife, Mary; sisters, Marge Dolan (Joe,) and Johnette Deane; and several nieces and nephews. He was preceded in death by his first wife, Jeannine; daughter, Danielle; parents, Marguerite, and John de la Vaux; and niece, Laura Ruecker.

Doug in our love for you, we rejoice that you’re free of your long confinement and in the arms of loved ones who have gone before us. We’ll meet again in that “Great Beyond”