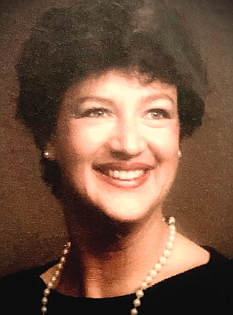 Cheryl Darlene Peddicord, age 74, died peacefully in her home after her second bout with breast cancer on Friday, September 10, 2021.

Cheryl was born December 12, 1946, in San Francisco, California, to Guy and Opal Peckham. As their one surviving child, Cheryl grew up in the Marina District and graduated from Lowell High School, class of 64. After graduation, she worked and attended classes at Foothill
College. She married (Lyle Mall) in 1973, which took her from Cupertino, CA to Austin, Texas and thereafter to Roswell, Georgia, where she lived for 10 years raising her two boys Scot and Bryan. There she also rose precipitously in the Mary Kay organization.

In 1987, she divorced and relocated to her dream location, South Lake Tahoe with her boys and Mother Opal. Cheryl started anew working as an office manager at the South Tahoe Tribune. It was based on her next relationship (Robert McGlynn), the desire to own a home
and her boys in mind that she moved to the Gardnerville Ranchos in the fall of 1987. It would be the Carson Valley that would become her home for her remaining years. In 1997, Cheryl became a widow and was remarried (Neil Peddicord) the following year.

Cheryl enjoyed many activities, including tennis, bowling, dancing (earlier), cross stitching, poker and bridge, and in particular her time with the Elks Lodge # 2670, where she served several years in office. She also loved her animals, and added many dog and cat family
members to her home throughout the years. Cheryl was conversational, loving and enjoyed being with other people. She will be missed greatly!

Cheryl is preceded in death by her parents, Guy and Opal Peckham.

Her service will take place at 1:00 PM October 3rd at the Elks Lodge at 1227 Kimmerling Rd. Gardnerville, NV 89460. Guests are bringing a food item to celebrate her with fellowship. In lieu of flowers, Cheryl wished for donations to be made to the Elks Lodge #2670.