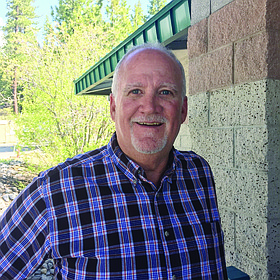 Bob was born in Lynwood, California on November 2, 1955, the third child of James and Dorothy Lochridge. He was raised in Long Beach until the age of 9 when his family moved to Kings Beach. Bob attended Kings Beach Elementary and Tahoe Truckee High School graduating in 1974.

Bob moved to Minden with his family in 1995. He was employed as a superintendent at IVGID where he had worked for over 37 years. Bob was looking forward to his retirement in February.

Bob had many interests including riding motorcycles, hunting, fishing, camping, and playing games, especially mini golf with his grandsons. He is best known for his sense of humor, adventurous personality, and his love for his family.

A memorial service and celebration of life will be held on October 9, 2021 at 11:00 AM at the Church of Jesus Christ of Latter Day Saints, 1095 Spruce Street, Minden, Nevada.