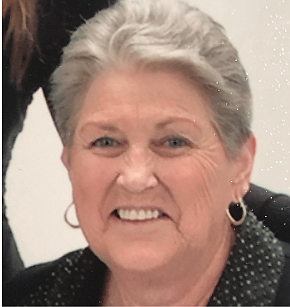 Rozine Delight Whitney of Lake Mary, Florida, passed away on October 10, 2021, surrounded by the love of her family. She was 81 years old, born on August 11, 1940,in Washtucna, Washington, to Majesty Ellen and Glenn Dee Stroup.

After completing her education, Delight, as she was known to friends and family, met and married Paul D. Massey in Washtucna. Together, they had three children - Judith, Clay, and Jacqueline. Years later, she met and married Bruce L. Whitney and added two more daughters Tiffany and Jessica.

Delight was many things to many people. Before illness and injuries made things difficult, she was an avid correspondent with family members scattered across the country. She was also a prolific reader especially of biographies and history. And, boy, did she love to dance. She was a true animal lover. Over the years, her love of animals resulted in several lucky rescue dogs coming to live with her. She also was an expert horsewoman skilled not only in riding, but also training. Her adventurous side often meant that she’d just pick up and go when the mood struck.

Her children and grandchildren have fond memories of Spring Training trips to Arizona, Disneyland, wine excursions to Napa Valley, and ski trips to Bear Valley, CA. That adventurous side also meant she moved a lot! After leaving Washington State in her early twenties, she
moved to Livermore, California. Later in life, she lived in Virginia City and Carson City, Nevada; Sierra Vista and Phoenix, Arizona; and Oakdale, California.

As illness became more of an issue, she moved in with her daughter, Tiffany and her family, first in Irvine, California, and more recently in Lake Mary, Florida.

Delight is preceded in death by her parents, stepfather, and one grandchild.

No formal memorial is planned at this time.

However, in honor of Delight’s love of animals, the family asks that anyone wishing to make a
remembrance in her memory consider a donation to: