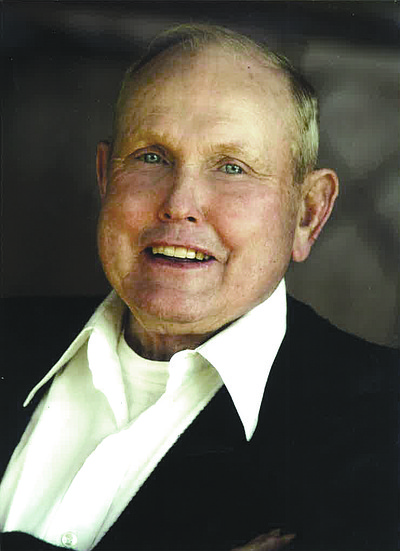 Jim Summers of Stateline, Nevada, passed away in Carson Tahoe Hospital on September 30, 2021.

Jim was born in Carson City, Nevada, on February 18, 1934, to Tom Summers and Thelma Wonacott Summers. He grew up on a ranch on the west side of Carson Valley now known as the Jubilee Ranch. He attended elementary school in Minden and graduated from Douglas County High School in Gardnerville in 1952. He played baseball, football, and basketball where, during his senior year, he set a record of scoring 70 points in one game.

Upon graduating from high school, Jim worked for Standard Oil Company and managed stations in Carson City and Reno before moving to Stateline where he had his own Chevron station in South Lake Tahoe for 20 years (1966-1986). Afterwards, he worked for 32 years as a Water Plant Manager for Edgewood Properties owned by Brooks Park, a Carson Valley rancher and well-known businessman in Lake Tahoe.

Jim was preceded in death by an infant son, both parents and brothers, John and Bob Summers.

A Celebration of Life will be held on Saturday, October 23, at 11:00 a.m. at The St. Gall Pastoral Community Center, 1343 Centerville Lane in Gardnerville. A private graveside ceremony will take place in the future at Mottsville Cemetery.

In lieu of flowers, the family has requested donations to the Douglas County Historical Society, 1477 Highway 395 North, Suite B, Gardnerville, Nevada 89410.