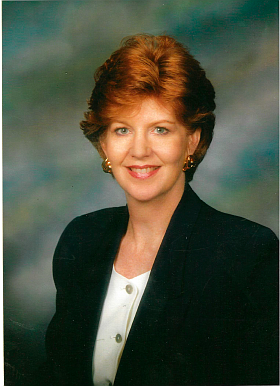 Jean Briel Neddenriep passed away peacefully at age 76 on September 24, 2021, in Reno, Nevada surrounded by her children, their spouses and all her grandchildren. Born October 3, 1944, in Evansville, Indiana, the first of three children, to Carl and Irene Briel, the family moved to Oxnard, California, when she was six months old. The family moved often, and Jean attended nine schools, including three high schools, before graduating from Bishop Manogue Catholic High School in Reno, Nevada. She attended the University of Nevada, returning to graduate in 1989.

Jean believed in giving back to her community and began a lifetime of volunteering with St. Gall Altar Society in Gardnerville in 1967. While raising her children, she served on the Carson City PTA Area Council, was a Camp Fire leader and the area coordinator, taught 4-H sewing and was an adult counselor at 4-H Camp, taught 4th grade religion classes and served as Eucharistic Minister for her church, served eight years on the Carson-Tahoe Hospital Auxiliary board, and served on and was chairman of the Carson City Park and Recreation Commission.

Jean was initiated into Chapter X of the P.E.O. sisterhood in Carson City, Nevada, in 1971. She transferred to Chapter Z, Reno, Nevada, in 1986, served on the P.E.O. Nevada State Board and as State President in 2013. Her favorite P.E.O. project was the Education Loan Fund. Jean was also a member of Soroptimist International of Truckee Meadows since 1984, she served eight years on the Board including as President in 1996. During her years in the insurance industry, she served many years as an officer, as well as president of Health Underwriters and several years on the Nevada State Association of Health Underwriters Board.

Jean loved any reason to be out of doors, the smell of the ocean, hosting family gatherings, baking pies and chocolate. Travelling near or abroad was a passion and she felt fortunate to have visited many countries.

Jean is survived by the children she adored, Lizanne Thompson of Elko, Nevada, Kristie Calder and her husband Bryan, of Reno, Nevada, and Kurt Neddenriep and his wife Katie, of Elko, Nevada. She is also survived by her grandchildren, Malachi Stoever and wife Hannah, Kenny Calder and wife Michelle, Kaylie Calder, Luke Neddenriep, James Neddenriep, one great-grandson, Braxton, her sister Trish Briel, and several nieces and nephews.

According to Jean’s wishes, in lieu of flowers, remembrances should be made in the form
of donations to the Jean Neddenriep 62’ scholarship at Bishop Manogue High School. Her kind and gentle nature touched countless lives and she will be greatly missed.