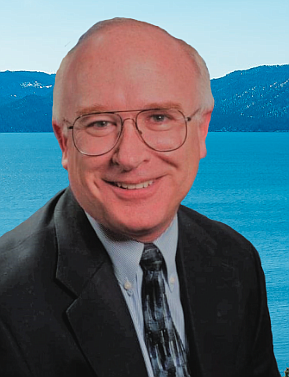 Dr. Randall Todd’s guardian angel came for him at 03:00, Thursday, 07 October 2021. The great room window was open so his soul could fly free. His “Long Journey” of 16 months is over battling the anaplastic astrocytoma that took his life. His wife, soulmate, and life
partner of 37 years, Dr. Sher Todd, and his stepson, Todd Bosta, were with him when he transitioned. It is with great sadness we have all had to say goodbye. At his request there will be no service. He chose cremation so his ashes could return to the stardust from which he was made.

Randall “Randy” Leon Todd was born in Fresno, California, on 02 April 1953. He was the only child of James Leon “Lee” Todd and Jaffra Ann Masad (nee Wilcox). He attended elementary school at Fresno Adventist Academy. While attending his sophomore year of high school at Monterey Bay Academy, he met his best friend for life, (BFF) Bob Gillings. After high school graduation from Fresno Adventist Junior Academy, he continued his education at Pacific Union College (PUC). During his time at PUC, he did a year abroad in Valencia, Spain, with his best friend forever (BFF), Bob Gillings. He completed his advanced degrees at Loma Linda University and graduated in 1979 with Master’s and Doctoral Degrees in Public Health. His first position after graduation was Director, Office of Health Promotion, Branch-Hillsdale-St. Joseph District Health Department, Coldwater, Michigan, 1980-83. His next position (where he met his future wife) was Director, Health Promotion and Disease Prevention, Kent County Health Department from December 1983 to July 1993. In 1993, wanting to return to the West Coast, he accepted a position in Carson City, Nevada, as State Epidemiologist and Bureau Chief for Disease Control and Intervention Services. During this time, he was the lead
investigator for the leukemia cluster in Fallon, Nevada. He worked closely with the City of Fallon, the Naval Air Station, the Governor, and other city, county, state officials, as well as the Centers for Disease Control and Prevention and The Agency for Toxic Substances and Disease Registry (ATSDR). He interviewed all the affected families personally and with extreme kindness. In 2005, he accepted the position of Director, Division of Epidemiology and Public Health Preparedness, Washoe County Health District. He retired in May 2020. For several years, Dr. Todd taught Epidemiology to both undergraduate and graduate students at the University of Nevada, Reno (UNR). As well as being adjunct faculty at UNR, Dr. Todd was a frequent speaker on the UNR campus. He was a mentor to his students in the areas of public health, nutrition, statistics, and environmental sciences. His goal was always to prepare the next generation of “disease detectives.”

Dr. Todd was a giant, a soldier, and stood tall in the struggle to provide good Public Health Services, often in the face of political opposition. He believed public health should not be at the whim of politics. His family called him the “Dr. Fauci” of Nevada. Dr. Todd considered the entire population as his “patient.” He was a highly respected community leader for forty years. He was always available to service the public, providing insight to the media and
those seeking facts in a world of misinformation. He spoke to the media and press with authority, honesty, and optimism. He was special and will be grieved for and missed by many.

In his personal life, he and his wife were avid scuba divers, downhill and cross-country skiers, road, recumbent, and mountain bicyclists, and musicians. Dr. Todd was a concert-level organist. He and his wife, with best friend, Marta, formed Trio Mystique and played for weddings and as background music for various functions.

Dr. Todd was also a ham radio operator and member of ARES. His call sign, KE7QHN, will now go silent.

Gratitude is given most especially to his stepson, Todd, who moved in months ago to help Sher with Dr. Todd’s care. Sher had determined early on that all care would be provided at home, not in an understaffed, COVID-19 hospital setting. Saint Mary’s Home Health and Eden Home Health were tremendously helpful in maintaining Dr. Todd’s care at home. In his final ten days, Dr. Todd had the services of Eden Home Health Hospice. Great thanks to Dr. Thomas Hope, internist, who cared for Randy for several years and from the day of diagnosis to his final days. Thanks to Dr. Frank Quaglieri, Randy’s neurologist, who also oversaw his care from diagnosis through Hospice. Gratitude also to Dr. Jonathan Garey-Sage, urologist, for his excellent care of many years. Much gratitude also to Dr. Emily Guerard and the staff of Cancer Care Specialists who saw Dr. Todd through all of the radiation and chemotherapy treatments as well as the staff of Saint Mary’s Infusion Center. A special thank you to Dr. Mindy Fugett, Sheri Curran, and Dr. Mindy’s staff in taking care of Dr. Todd’s dental needs. It really does take more than a village to help a family facing this diagnosis and with the care needed to keep a suffering loved one at home. None of it could have been accomplished without the help of BFF Marta Azzam who came three to four times a week to help get Randy ready for doctor appointments and provide care. The following family and friends assisted in
maintaining the integrity of the family ~ Jaffra Masad, Marta and Ihsan Azzam, Gina and Albert Hayes, Debbie McKillip, Drs. Jeanine Chaney-Haebler and Dave Haebler, and son
Drew Haebler, BFFs John Flamm, Jeff Whitesides, Bob Gillings, Dr. Ruth Kemper, Regina Romero, Kelli and Todd Goatley-Seals. There were many “Angels of Mercy” who also
helped care for Dr. Todd ~ Oncology nurse, Dayna Delgado, from 2nd.MD; Nancy, Lori, Bobbie (Saint Mary’s Home Health); Heidi, Lauren, Stacey, Tammy, Chuck, Clayton, Michel
(Eden Home Health); Kirsten, Heidi, Kelly, Neth (Eden Home Hospice); Veronica, Miss Georgia, Terry (Senior Helpers). Another “Angel of Mercy” extraordinaire is Daniel Walker,
care.com. He is a specialist in wound care and his holistic approach with the family was invaluable.

Please honor Dr. Todd by staying healthy and receiving all immunizations that can protect life. Randy appreciated every telephone call, visit, e-mail, text message, support, and
kindness shown to him as does his family. If you wish to do so, the University of Nevada, with the assistance of Denise Stokich, is setting up a scholarship to honor Dr. Todd. The link is https://gofund.me/2b0be70e

No time on earth is long enough to share with those we love or to prepare our hearts for good-bye. Grief never ends but it changes. It is a passage, not a place to stay. It is not a sign of weakness nor a lack of faith. It is the price of Love.