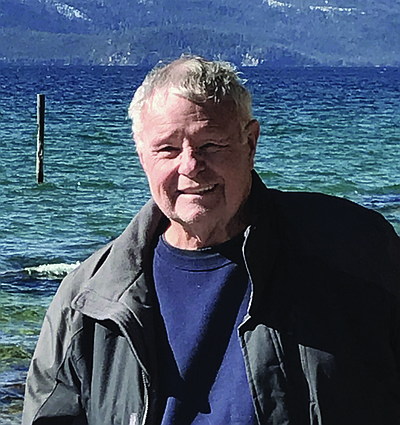 David Crum passed away Wednesday, November 17, 2021 in Minden, Nevada. He will be lovingly remembered as a devoted husband, father, and grandfather who took great joy in his family.

David was born on July 8, 1946 in Wichita, Kansas to Lewis and Thelma Crum. He attended schools in Kansas and Colorado, graduating from Littleton High School. Following High school, he attended Hastings College in Nebraska. He served in the Army from 1966 to 1969. He worked for the Veterans Administration in 1976 until his retirement.

He married Brenda Mayer on March 17, 1979. They resided is Sioux Falls, South Dakota until moving to Minden, Nevada in 2015.

David enjoyed reading, crosswords, trivia, and all sports. Above all, he cherished his family. His grandchildren were his pride and joy. He was loved by his family and friends. He will be greatly missed and in our hearts forever.

A graveside service will be held on November 23rd, 2021 at 11:00 am at Eastside Memorial Park in Minden, Nevada followed by a Celebration of Life at his son, Matthew Mayer’s home in Gardnerville, Nevada. Fitzhenry’s Funeral Home in Minden, Nevada will oversee the funeral arrangements.