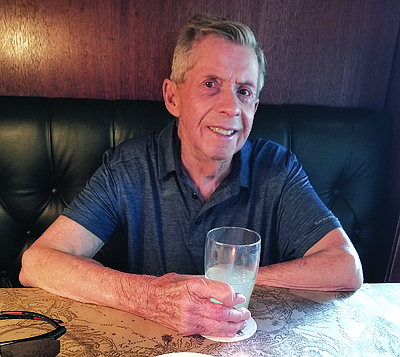 David Gordon Weiler passed away on November 6th, 2021, at the age of 83 in Littleton, Colorado.

He was born July 12, 1938 in Olds, Alberta, Canada, to Hugo and Ruth Weiler. He spent his early days on the farm shepherded by his elder sisters, while engaging in shenanigans with his cousins. He discovered a love of all things mechanical and learned to drive at age 12 on a Model T. Attending high school in Calgary, he excelled in Auto Shop class, sharpening his knowledge and skills surrounding cars.

As a young man, he began a career at Alberta Government Telephone, achieved journeyman status, and pursued an opportunity to work in the U.S. Along with his wife, Darlene, and their two children, they eventually settled in Gardnerville, Nevada. Dave worked for Contel for approximately 25 years, most of those as an Autovon Tech. He established a special group of lifelong friends, bonded by their love of cars, motorcycling and ATVing in the hills of Northern Nevada. He also was a part of the extended Contel community, where he was known for his easy-going nature and dry sense of humor. He enjoyed these warm and supportive friendships for many years.

In retirement, he volunteered extensively for various community service agencies, sharing his technical skills with RSVP in Yerington, installing Lifelines and chauffeuring folks to medical appointments in the Reno area. He was also recognized for his contributions with “The Official Good Guy Award”, which we feel characterizes him to a T. In his later years, he relocated to Colorado to be near his son, Greg. Much time was spent shooting the breeze, taking drives, seeing ball games and just being buddies.

Dave is survived by his son, Greg (Jenn) Weiler, of Denver, and his daughter Marnie (Grant) Bannister of Victoria, B.C. Canada.

In lieu of flowers, kindly make a donation to The Alzheimer’s Association of Northern Nevada, in Dave’s name. He certainly would appreciate it.