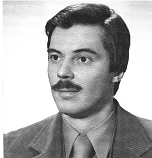 Ted was born in Germany on March 15th, 1948, in a post-World War II Displaced Persons Camp to Klemens and Kazimiera Matuszewski.

Ted’s curiosity and love of travel took him to many countries where he would listen and share stories with others, following in his father’s footsteps. He had an insatiable appetite for knowledge.

Ted’s endeavors eventually led him to Carson City, Nevada, where he met and married the love of his life, Linda Margaret Camaioni Matuszewski. It is here where he established his medical practice and settled down in Minden.

Dr. Mat was passionate about his work. He exemplified what a doctor should be, always selflessly helping others with a smile. Dr. Mat was known in the community for his
compassion towards patients and anyone in need.

Ted was devoted to his family. He’s remembered as a loving Husband, proud Father and Stepfather, Grandfather, Brother, and friend. His grandson Max remembers him as a man who knew everything and who had it all figured out. His children remember him as their rock and a voice of reason, known for telling a funny story to cheer them up when needed.

Ted is preceded in death by his wife, Linda, and his father and mother, Klemens and Kazimiera Matuszewski.

Ted will be greatly missed and survived by daughter Klaudia Piechowiak(Maciej) and grandson Maximilian; son Artur(Marta) and grandson Marcel; stepsons Preston
Darrough and Brandon Darrough(Denyse); sister Ewa(Al); as well as family in Poland and Southern California.

At this time, the family is postponing memorial services until they can get together again.