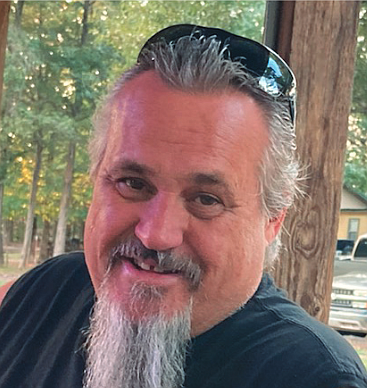 Steven Dale Coffey passed away on October 29, 2021 from severe Covid-19. Just 60 years old, Steve was born in Roseville, CA, attended Mesa Verde High School, earned his General Contractors license building houses, including two his own. In his mid-twenties he joined one
of the family endeavors: working for the Department of Defense at McClellan AFB until it closed. He and the love of his life Catherine married on November 8, 1997 and transferred to San Diego where he worked at Naval Air Station on Coronado Island in the affectionately called Dolly Pardon hangars. As Steve prepared to retire, he and Catherine moved to Dayton, Nevada, and he transferred to the Fallon, Naval Air Station. During his 32-year career, Steve went TDY several times to some interesting and beautiful places, including Hawaii. He also made numerous friends and mentored countless employees and colleagues.

While Steve had an extremely strong work ethic and understood the importance of the work he performed, he also had an equally strong commitment to family and an unrivaled adventurous spirit. His free time was spent helping friends and families with home improvements, wrenching on his beloved 34 Ford, fun runs on his Harley Davidson, traveling and hanging out with friends and family. Sometimes he called our family get togethers Forced Family Fun, but he always had a good time, in the end.

With his giant, thoughtful and quiet presence, sometimes stubborn, often teasing, he touched so many lives and will be missed by countless friends and family.

But, he leaves behind his partner in life, wife, Catherine (nea Rich); step-son Jessie Greer, daughter-in law, Julie Greer and his three granddaughters: Teagan, Halyn, and Jocelyn; step-daughter Vanessa, son-in-law Hans and his two grandsons, Hansie, Jr., and Thomas; his Mother and step-father, Gail and Nestor Pena; step-mom, Elaine Coffey; sister and brother in law, Mechelle (Shelly) and David Palace; step-brother and sister in law, John (Spoof) and Karen Pena; Aunt and Aunt Evelyn (nea Coffey) and Jerry Kosik: Aunt Theresa Carrera and numerous cousins, nieces and nephews, including Nick Barney who will carry on the Coffey traits; and friends from all stages of his life. Steve may be gone but will always live on in our hearts and memories.

We will be celebrating his life at Murray’s Family Funeral Chapel with a viewing on Friday, November 12th from 3 to 7 pm, followed by a service on Saturday, November 13th at 11:00 am.