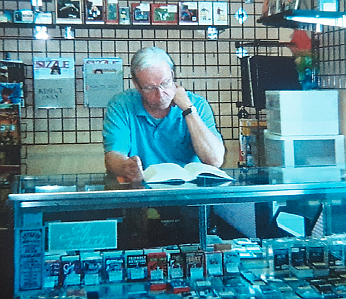 He was one of five sons born in Camden NJ of Edmund and Eleanor Karter. He moved to So California at age seven and was raised in the San Fernando Valley. He graduated with a B.A. degree from UC Northridge and was drafted into the Army in 1967. He served two years
including one tour in Vietnam.

Back home he married Carolyn Baines. They lived in Ventura where Don worked as a loan officer at a bank. Don was widowed after ten years of marriage and he moved to No California entering into the horseracing business where he owned and raced thoroughbreds with
his three brothers. Don moved to Las Vegas in 1982 where he worked as a cashier at several casinos. In 1987 he opened his own business, a comic book shop, with his brother Tim. Comics were long a passion and hobby for Don. After twenty-one years in business, he moved to Carson City in 2009 and opened a new comic shop, still in operation.

Anyone who knew Don liked him. He was kind and funny and generous. He had a thousand stories to tell and told most of them more than once. He was a character in the best sense of the word. No children, Don is survived by his brother Tim and sister-in-law Marianne.

He is sorely missed and never forgotten.