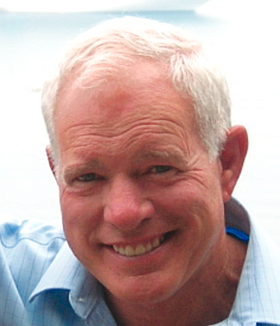 Emile John Basso “Don”, 75, passed away June 5, 2021. He was born August 25, 1945 to Lila A Reed Basso and Emile G. Basso. Don grew up in Carson City, NV. After graduating high school in 1964 he served in the Marine Corps –Semper Fi. Aviation was always a big part of his life as his dad was a Navy Aviator. He loved flying planes and eventually had 1 of his own for many years.

In 1971 he went into business and started Anchor Concrete in Sparks, NV, where he would eventually live for the rest of his life. Anyone who knows Don knows how much he loved concrete work. His 3 favorite hobbies are concrete work, working on projects and yard work.

On October 31, 1984 he married his soulmate Phyllis Basso. The two of them raised their daughter Andreana Basso, and together they traveled all over the world. He always said “he had a great life”, and we did! His hard work, skills and dedication will be carried on through his legacy of grandkids.

Don loved his community and friends. Two of his favorite Italian organizations are The Sons of Italy and the Italian Benevolent Society. He also had a strong love for his church. Don said he had no fears, was a strong conservative, loves life, feels he did everything he wanted to, worked hard and volunteered. He loved his children, grandchildren, wife and dogs, but not necessarily in that order.

He always said “Three things in life are for sure, Death, Taxes and Concrete cracks.

”Don will be joining the love of his life Phyllis Basso in heaven along with his son Robert Basso, his parents, and many other family members and friends.

He leaves behind to cherish his memories forever, his beloved daughter Andreana Basso Cirling and husband Paulo Cirling, his grandchildren Robbie Basso, Kamren Emilio, Gia Sophia Marie, Paolino Giovanni and Luciano Antonio Cirling. As well as and many other family members and friends. Don’s love will be missed by so many. He was a great Dad and “Papi”.

Instead of flowers, Don requested donationsto be made to Immaculate Conception Catholic Church, Sparks, NV.