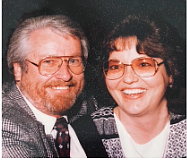 Dave passed away peacefully of cancer at his home in Gardnerville, Nevada with his wife Debbie by his side. Dave was born in Inglewood, California to Oswald Lee [Buddy] Heath and Phyllis Heath. Dave grew up in Hanford, California and graduated Hanford High School in June 1961. Dave got a job immediately after graduating at Roeder Auto Parts in Los Angeles, California. In October of 1961 he married Nancy Fernandes and together they had a daughter, Stephanie. Dave also worked for many other Auto Parts Businesses in Torrence, California until March 1976 when Nancy and Dave’s marriage ended. Soon he moved to South Lake Tahoe to be near his father and together they sold cutlery. That to ended and he went to work for Harvey’s Resort Hotel and Casino as a Security Guard. Harvey’s is where he met Debbie who worked in the Keno Department as an Assistant Games Manager. It wasn’t long before the two fell in love and married. Dave left Harvey’s in April 1981 and went to work for Lakeside Napa Auto Parts as an outside salesman, known to his customers as “Napa Dave”. He worked there for over 28 years.

We will be having a “Celebration of Dave’s Life’ this coming summer to be announced at a later date.

The family would like to thank Summit View Hospice, Reno Nevada for their great care and support. Special thanks to Dr. Koch and nurse Kate. God Bless You All for all you are and do to help others.