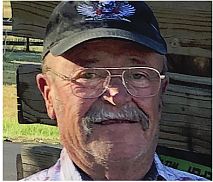 On Saturday, February 6th, Pedro (Pete) Villalobos, loving husband, father, grandfather and great grandfather, passed away at his home surrounded by his loving family.The 5th of 7 children, Pete was born on September 16, 1937 in San Sebastían del Alamo, Jalisco Mexico to Miguel and Elodia Villalobos in an adobe house on a little ranch in Mexico. Pete attended school until 4th grade and decided instead to help his family work on the ranch. At 19 years old and unable to speak English, he left his home and came to the U.S. on a work visa with only $2 to spare upon arriving at his older brother’s home in CA.Pete met and married Margaret Perez of Martinez, CA in 1961. On his honeymoon in Tahoe, he applied for and was offered a bartending job at Harrah’s Lake Tahoe. Shortly thereafter, he purchased land in Gardnerville, built his own home, raised cattle, and simultaneously bought and worked 100 acres of alfalfa in Winnemucca. He retired after 47 years at Harrah’s, and truly had one of the most incredible work ethics ever known. He felt that he had succeeded in living out the American dream. His kids, grandkids and great grandkids will forever carry his legacy and the torch that he carried of being bold, taking risks, and working hard. His charisma, pranks, caring spirit, quick wit, and Mexican accent will keep his memory burning in those who knew him.Pete is survived by Margaret, his wife of 59 years, son Miguel Villalobos, daughter Elena (David Dunbar), son Danny (Jenny) Villalobos, son Andrew Villalobos, 11 grandchildren and 12 great-grandchildren.A rosary, memorial and mass will be held on February 27, 2021 at St Galls Catholic Church in Gardnerville beginning at 10 a.m. with a Celebration of life from1 to 4 PM at his home