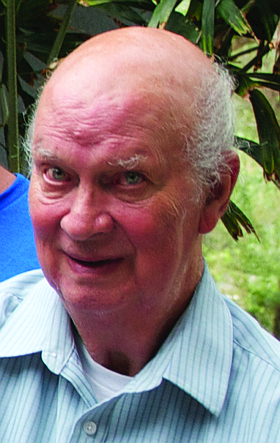 Robert (Bob) Warren Hemsath passed away on
January 30, 2021 at home in Gardnerville. Bob was
born November 16, 1940 in Oakland, California.

Bob made his home with his late wife Susan in
Gardnerville where they raised their family. For many
years they owned and operated A&H Liquor, Mini Mart
& Deli in Minden. Bob was a pioneer in this field as the
liquor store was the first of its type in the Carson Valley
and was also the first to incorporate selling gas followed
by the first mini mart to offer fresh homemade foods
from its deli. Bob participated in Rotary International
for many years and later “retired” to become a realtor
with Meyers Realty.

Bob’s hobby of being a hot air balloon pilot allowed
him and his wife, Susan, to travel the country and
participate in many meets where he made many
long-time friends. Bob’s greatest joy, however, was
attending all of his four children’s sporting activities
and could boast he never missed a game. Bob’s
support of his children’s interest in sports led him to be
instrumental in beginning a Carson Valley girls’ softball
team where he faithfully took a team to Carson City to
participate for several seasons which then led to the
beginnings of the valley’s softball association.

Bob was preceded in death by the love of his life
Susan, his first born daughter, Pamela Ornellas, his
mom, Eleanor Hemsath, sister, Carolyn Fiene and
brother, Donald Hemsath. He is survived by his children
Nonie (Cary) Olson of Gardnerville, Robert (Monica)
Hemsath of Goldthwaite, TX, and Scott (Jennifer)
Hemsath of Gardnerville. Bob was blessed with 16
grandchildren and 12 great grandchildren, as well as
his large extended family of sisters-in-law, brother-inlaw, nieces and nephews, all of whom he loved greatly.