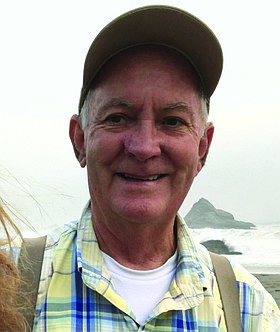 Robin L. Bates passed away peacefully on February 1st
from Covid-19. He was the son of David A. Bates and
Eileen E. Collins, born in 1953 in Mexico City, where his
father was a jockey on the Winter horse racing circuit.
The family soon settled in Las Vegas where he spent
most of his childhood.

He moved to Carson City in 1968, got into high school
rodeo and graduated from Carson High with the class
of 1971, then years later from UNR. He went to work
for the Department of Prisons in 1974, starting as a
Correctional Officer and rose through the ranks to
become the department’s Chief of Classification and
Planning and Warden of the Warm Springs prison
where he helped start the prison’s Wild Horse Training
Program. He retired from NDOP in 2002 but was not
cut out for retirement, so he worked part-time as a
substitute teacher in Carson Valley, then as a Parole
Board Hearing Officer and Sergeant at Arms for the
Assembly when the Legislature was in session.
In 1976 he and Vicki Watson were married and had 44
good years together. They lived in Carson City and had
two sons before moving to Carson Valley in 1990. He
enjoyed being part of the Carson Valley Roping Club
and Toastmasters, sat on the boards of the Family
Support Council and Nevada State Prison Preservation
Society for a time, and had a legion of friends from all
walks of life. He learned to love to travel and had some
great trips in Europe and North America.

He was the ultimate professional at work and lived by
the motto “Early is on time, on time is late, and late is
unacceptable”. But he was also a prankster who loved
to tell wildly exaggerated stories and cook amazing
BBQ for family and friends.

His parents predeceased him, but he is missed and
survived by his wife Vicki, sons Matt (Jen) and Scott,
granddaughter Emily, brother Brian (Lisa), sister Annie
Magliere and sister-in-law Tammy (Dale) Hansen, and
dog Nell. We wish we could’ve had him longer, but are
grateful for the time we did have.

A memorial service will be held later this year.
Donations can be made to the Nevada State Prison
Preservation Society, PO Box 1991, Carson City, NV
89701 or the charity of your choice.