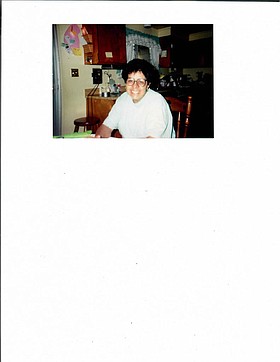 Carolyn, 80, passed away at her home on January
18, 2021 surrounded by family. Carolyn was born
in Dresslerville, Nevada on March 3, 1940 to Lester
(Dutch) McDonald and Leona Fillmore McDonald, both
from Dresslerville, Nevada. She married Gene Ewing in
December 1960 and was married for 61 years.

Over the last 63 years Carolyn provided services to the
residents of Carson Valley. She began in her early teens
providing housekeeping services to prominent residents in
the valley. She worked doing laundry with Mitzi Nishikita
for valley residents as well. She worked as a waitress in
the local café and bars and later went to work for Eagle
Thrifty grocery store as a clerk. She later went to work for
Continental Telephone Company as a telephone operator
for 17 years. When the office closed, she went back to
work as a clerk for Raley’s Food and Drug store. She
spent 12 years with them before retiring as a clerk. She
became employed with the Washoe Tribe as a manager
of a Tribal Smoke Shop before completely retiring at
the age of 74.

Carolyn loved Carson Valley, she enjoyed the people in
the valley and enjoyed visiting with them every chance
she could. She deliberately stayed in the customer
service industry just so she could continue to embrace the
people, share news and help those to enjoy and love the
place she called home.

Carolyn loved spending time with her family and enjoyed
them immensely. She especially enjoyed traveling to
amusement parks with all the kids and camping. Her
most memorable was spending time with her grand kids
and nieces and nephews on camping weekends up at
Meeks Bay. She enjoyed spending time with her brothers
and sisters and never missed a birthday party, barbeque
or holiday party. She always made sure to pay attention
to the smaller nieces and nephews and always made
everyone feel welcomed anywhere she went. Carolyn will
be dearly missed by her family and friends. Her sense
of humor, kindness, laughter and love will forever be
remembered by those that knew her.

She is predeceased by her parents Lester and Leona
McDonald, brothers Wilfred McDonald, Roger McDonald
and Russell McDonald. Sisters Jeanette Blevins, Justine
Koos, Madrene Evans and Madeline McDonald, her
daughter Teri Ewing and several nieces and nephews.
Live everyday like it is your last. “We could be here today
and gone tomorrow.”

Carolyn will be laid to rest at the Woodfords Cemetery.
At this time, there will be no services. A celebration of life
will be done at a later time. The family wishes to thank
everyone for their kind thoughts, prayers and stories
during this time. She was an exceptional caring lady and
will surely be missed.