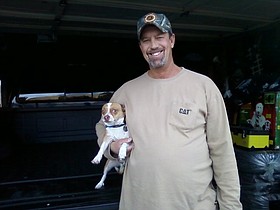 Galen was an adventurous soul to say the least. He always told stories of his younger years of how he and his best friend Mikeal would run and play all over Carson City, back when it was wide open spaces. As the two grew into men, Galen said it was no longer their feet that got them around town but it was fast motorcycles and even faster cars.

Galen was a hard-working man. He began as a teenager working at the Carson Nugget Coffee Shop. He was fascinated with heavy construction equipment and spent most of his career working for Marv McQueary Excavating. He also worked with many other construction and paving companies in the Carson/Reno area, most recently with Q and D Construction. Galen was a proud member of Operating Engineers Local 3.

Galen was laid to rest at Lone Mountain Cemetery during a private burial July 23, 2021.

In lieu of flowers, please support the American Kidney Fund at https://www.kidneyfund.org