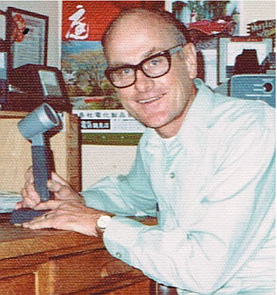 Long-time Carson City resident Whitelaw Reid Ross passed away on March 21 after a brief illness. He was 90.

Mr. Ross grew up In the Bay Area and followed a career in broadcasting, working at radio stations in Northern Nevada, Montana, and Northern California. He brought his family to Carson City in 1964 to work as a deputy sheriff for Carson city sheriff’s office and electronic technician for the City of Carson. He was also once an announcer at KPTL.

Reid was an avid Ham Radio enthusiast who taught generations of new Hams how to get licensed by the FCC. Also, Mr. Ross had been a lifelong participant in Freemasonry and was a past Master of Amity Lodge #4, F. & A. M. of Silver City, Nevada.

He was preceded in death in 2008 by his wife Barbara, long-time schoolteacher In Carson City.

He is survived by a Son, Wesley Ross of Elk Grove, California, a daughter, Ann Bradford of Santa Cruz, California, and five grandchildren.

Mr. Ross was cremated and interred at Lone Mountain Cemetery, and a masonic funeral will be held when it is safe to do so.