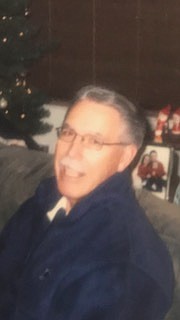 John N. Redman, Jr. passed at the age of 82 after a long fight with Parkinson’s Disease. As a young man, John served in the Air Force from 1958 to 1962. He and his wife, Patricia Ann, were married in 1963. They and their family moved to Carson City in 1976. They raised their family in Carson City until Patricia’s death in 1985. He worked as a salesman for various home improvement companies, before returning to being a prison guard at Nevada State Prison.

After retiring from the State a few years later, he moved to Gardnerville and was married to Patricia Raye (Bradley) from 1992 to 2019.

John is preceded in death by his wife and the mother of his children, Patricia Ann (Geringer). He is survived by his children Suzanne Anderson of Vancouver, Washington;
Jacqueline Yokoi, of Sacramento, California; Joseph Redman, of Reno, Nevada; and Juliana Hart, of Reno, Nevada; and seven grandchildren. He was preceded in death by his sister, Julia Simpson of Spanish Springs, California. He is survived by his brother, David Redman of Wallace, California.

A private family graveside service will be held on April 24th at the Lone Mountain Cemetery in Carson City. In lieu of flowers please make donations in his name to the local Disabled American Veterans Association. www.dav.org