Remembering an old friend of The R-C 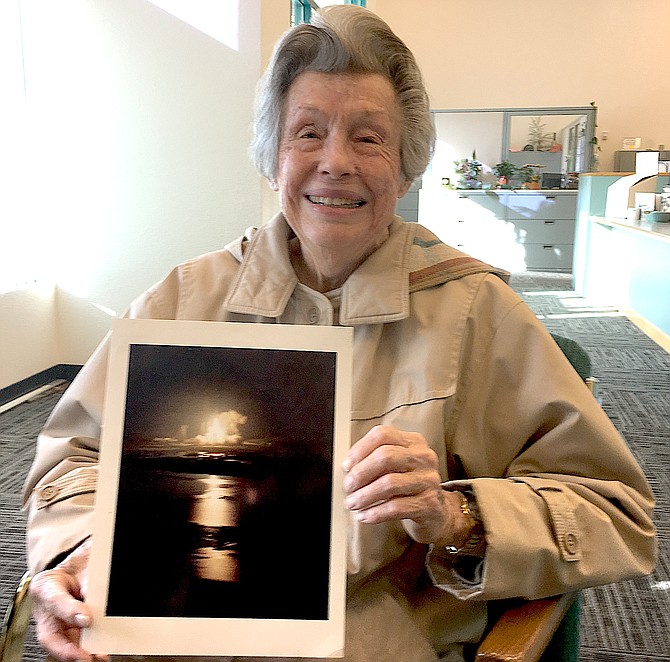 Dorothy Uebele with a photo of a rocket launch that her husband George worked on.

Long-time Sheridan residents George and Dorothy Uebele contributed to The R-C’s weather page for 25 years starting in 1991 until Thanksgiving 2016.

Dorothy died the day after Christmas 2022. She was 92 years old.

While George took the byline on the weather, I know Dorothy was in the background helping him out and was by extension, part of our R-C family.

She and George were founding members of the Sierra Intermountain Emergency Radio Association.

The R-C has the keys to its new digs on 10th Street in Minden, and I hear we might be moving in over the next week or so.

We’ll be in the former offices of R-C columnist Natalia Vander Laan. I’ll let her tell folks where she’s going, but it’s not going to be far.

The real challenge will be to stop saying Gardnerville when I tell folks the name of the paper.

We haven’t had a proper office since just after Thanksgiving. It’s been odd when people ask if they can meet at my office, and I suggest someplace else. Now I won’t have an excuse.