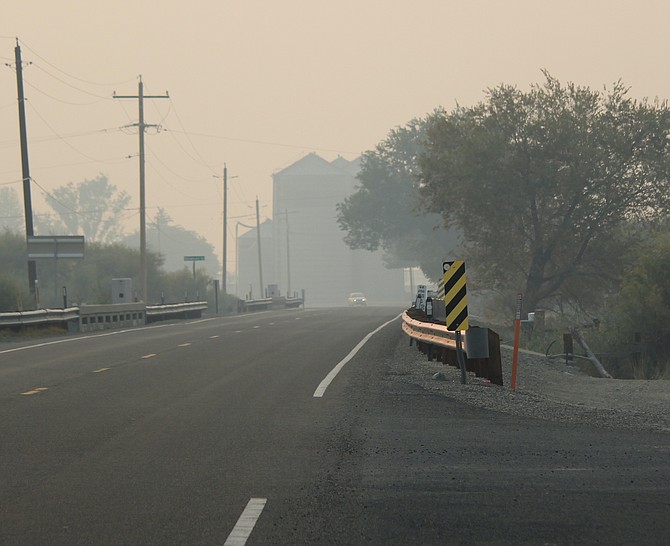 One of the busiest times of year for outdoor events in Carson Valley also tends to be one of the smokiest.

We’ve had a fairly clear summer, with just a few bursts of smoke from California fires rolling over the Carson Range.

That all changed last week when smoke from the Mosquito Fire which had only been burning two days, came pouring into the Valley from just the other side of the Sierra.

Unlike Tamarack or Caldor from last year, we don’t see the Mosquito Fire making it to the Sierra Crest.

A week into those two megablazes, firefighters were chasing the front with no indication of containment.

At least fire crews have a line around 16 percent of the Mosquito Fire and are even seeing a little precipitation on the fire.

That’s good news because the closer that fire is to contained, the less smoke we’ll see.

Even the Genoa Concert on the Green in the town park beat the worst of the smoke.

We hope things will be better this weekend for the Sertoma Oktoberfest and the Douglas Republicans Heritage Barbecue, because that means things will be even better when Candy Dance rolls around Sept. 24-25.

We have no idea what the future holds, but we do know that this can be the best time of year in Western Nevada, if we can just get rid of the dang smoke.

We’re going to have to count on firefighters doing what they do best if we’re going to be able to finally enjoy the season.