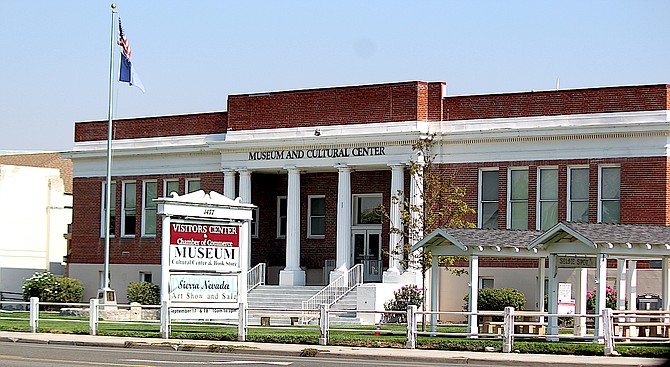 Issues with funding Carson Valley’s two major museums may have prompted the Town of Gardnerville to help out back in 2006.

Concerns about keeping the Carson Valley Museum & Cultural Center open led the Douglas County Historical Society to ask voters to increase property taxes .75 cents. Voters said no, but Gardnerville kept mowing the museum’s lawn and maintaining its irrigation system over the next 16 years.

On Tuesday, Gardnerville Town Board members agreed it was time for that to stop.

The historical society has a 99-year lease for the former Douglas County High School that expires in 2087. The school was built in 1916 in a compromise at the Nevada Legislature that saw the Minden courthouse built and the county seat moved out of Genoa.

Carson Valley Middle School and the Old Gym Playhouse are also located on the property.

Under the lease agreement, the historical society is responsible for maintaining the grounds in front of the museum. The school district maintains the lawn in front of the playhouse.

“In approximately 2006, the Town of Gardnerville began maintaining the landscaping in front of (the museum) as its poor condition reflected negatively on the Main Street corridor,” Town Manager Erik Nilssen said. “No formal agreement was entered into by either the town or CVHS and the town receives no consideration for providing these services.”

“With the turnover in both town staff and museum personnel, neither party is sure exactly what expectations are for the town’s service,” Nilssen said.

Last spring museum personnel called the town after the lawn was dying, only for town maintenance personnel to learn no one had turned on the irrigation controller. Repairs to the irrigation system require the school district to turn off its watering to the entire lawn area.

Complicating the issue has been the town’s difficulty in finding seasonal workers.

Historical Society spokesman Dennis Little said they’re aware this will be the last year the town will be maintaining the lawn.

He said the museum and the school district are negotiating an agreement to resolve the issue.