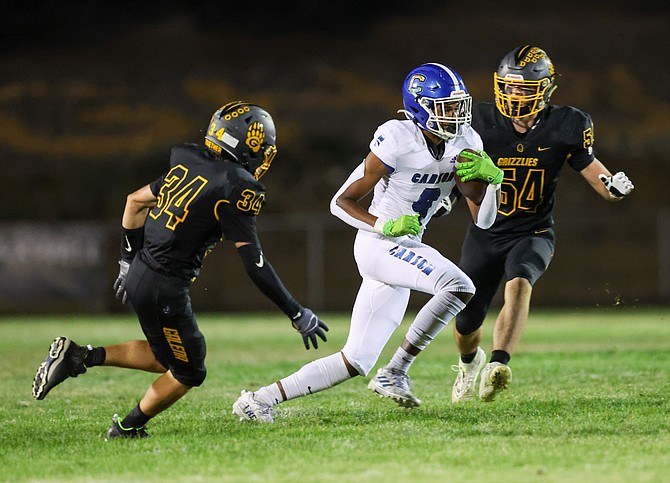 Carson’s DC Quintana drives for additional yards after a reception with Galena’s Jameson Bogart and Maclain Mcbride trying to close him down during the game between the Galena Grizzlies and the Carson High Senators.
Photo by Jeff Mulvihill, Jr. | InstaImage. 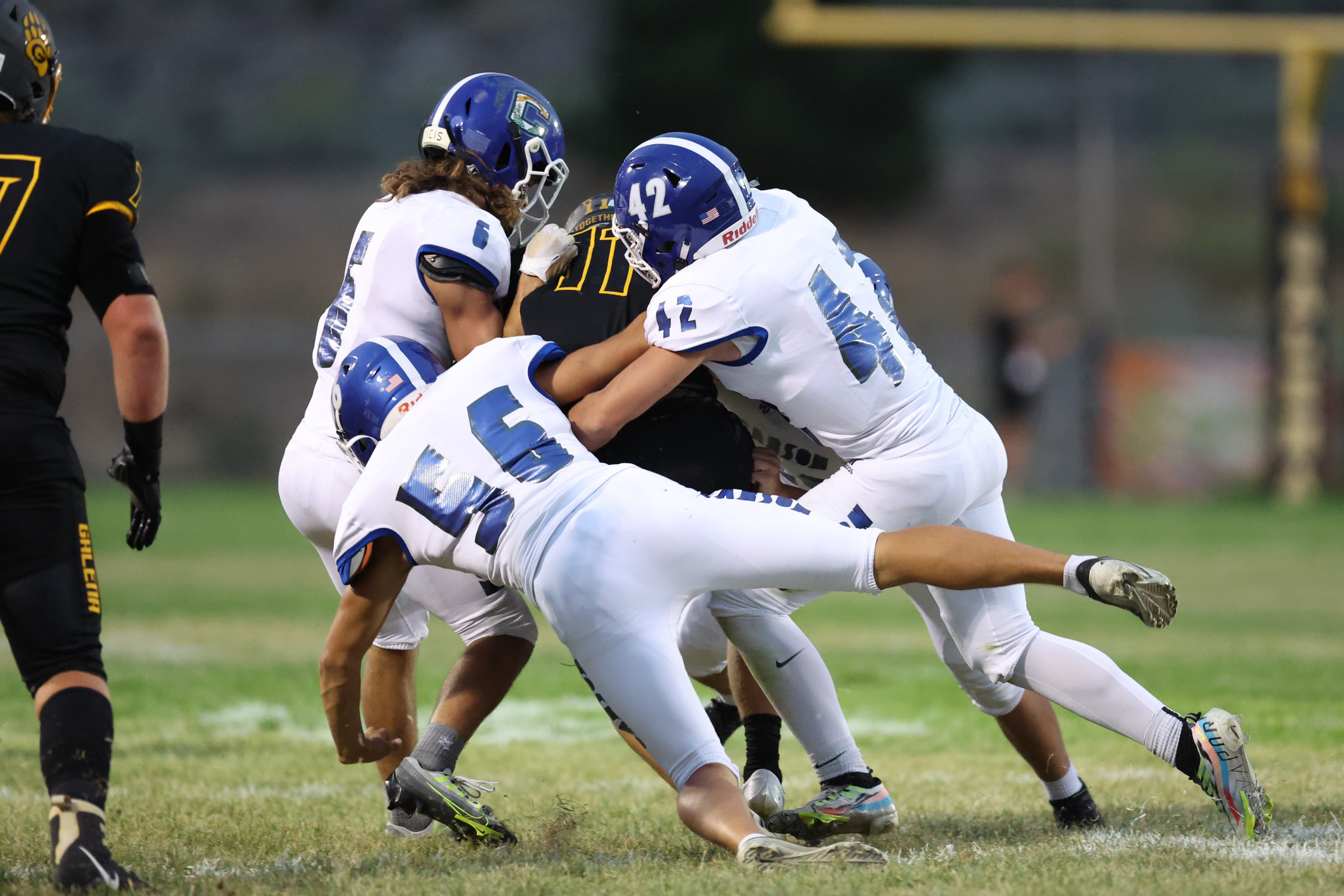 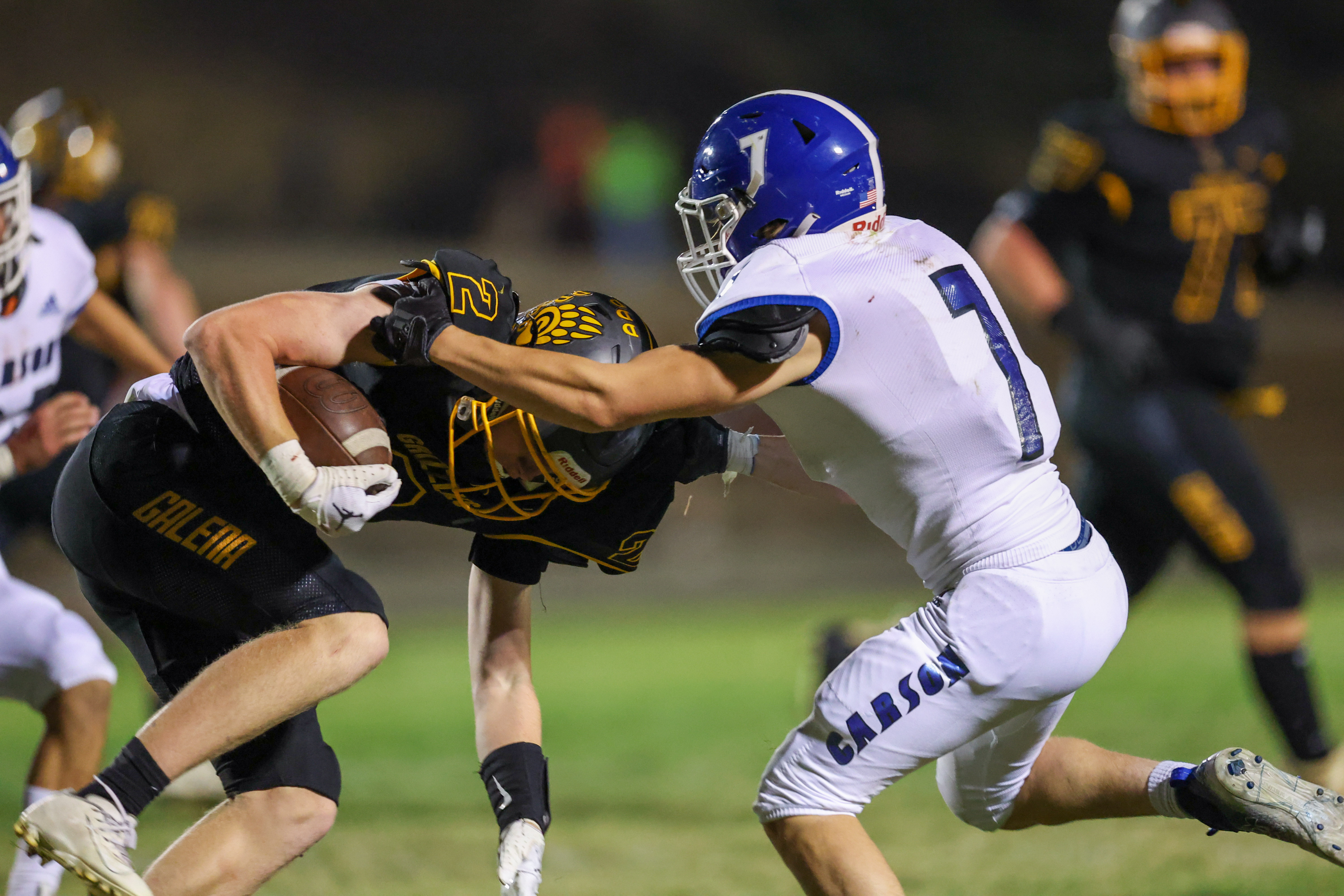