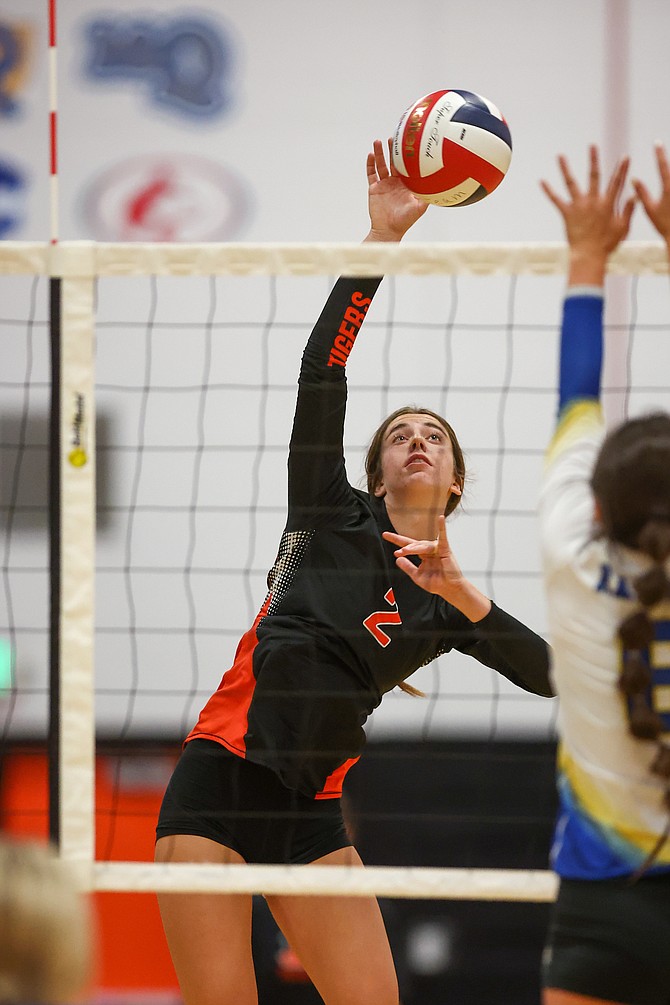 Sofia Kolbe goes up for a kill against Reed last week. Kolbe is one of the Tigers’ three captains this fall.
Photo by Ron Harpin.