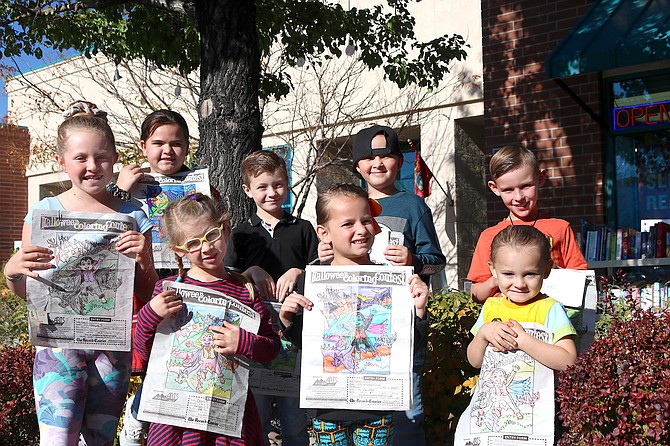 The Record-Courier awarded nine children for their creativity and artistic abilities during the annual Halloween coloring contest Wednesday.

Kellan knew that the winners of the coloring contest receive money and was eager to claim his second-place prize for the 6-8 age group.

The $300 in prizes is donated by the Carson Valley Arts Council, who has sponsored the contest for the past seven years and the money is distributed among the winners in each category; 3–5-year-olds, 6–8-year-olds and 9–11-year-olds.

The Record-Courier has been conducting the Halloween coloring contest every October since 1995.