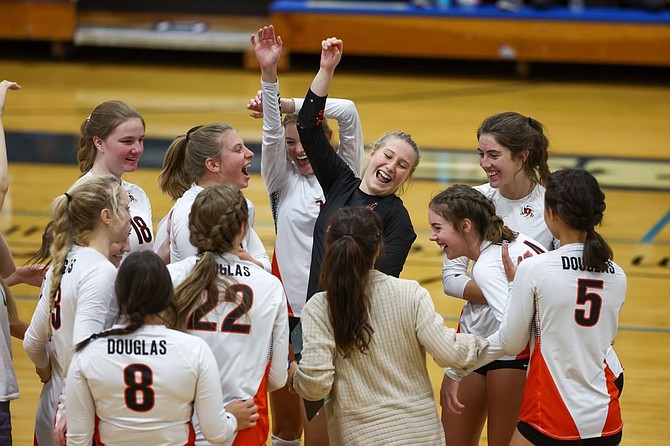 Douglas High volleyball knew they needed to win at least one match this week in order to qualify for the postseason.

Douglas’ win Wednesday night was also the Senators’ Senior Night and served as a little bit of revenge after Carson beat the Tigers on their own home floor earlier this season.

“As seniors, that’s a huge deal,” said Sofia Kolbe of making the postseason.

“It’s our last go around so it’s fun to at least get a shot at the playoffs,” said fellow senior Addy Doerr.

Wednesday night was an all-around team win for Douglas.

Carson bounced back by winning the third set (25-18), but the Tigers closed it out with a 25-20 win in the fourth and final frame.

Chana Rothschild posted seven kills while Doerr and Leann Lemalu each had six.

At setter, Kolbe had five kills of her own.

“We fought back, … it was just so invigorating and powerful,” said Rothschild. “It hypes everybody up and we’re here again on Tuesday.”

Douglas has officially locked itself into the No. 5 seed, which means it will be back at Carson High Tuesday at 6 p.m. to take on the No. 4 Senators. 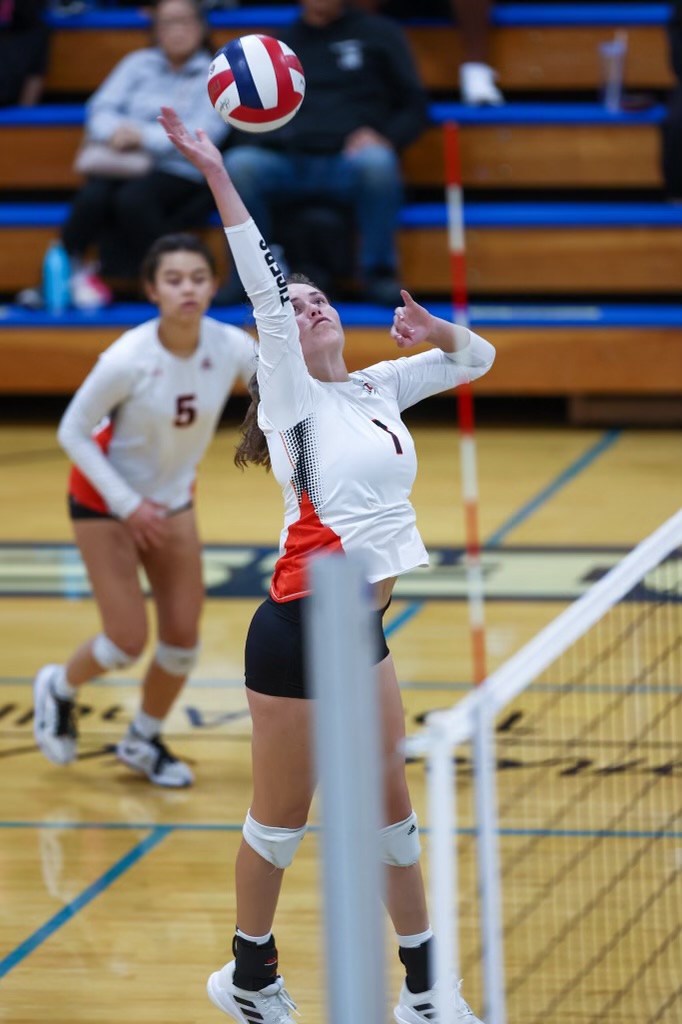 Not only did the Tigers spoil Carson’s Senior Night, but Douglas defended its own floor Tuesday evening for its own Senior Night.

Douglas has five seniors who will depart after this season in Doerr, Kolbe, Rothschild, Emerson Dufloth and Makaila Youmans.

“We have been on the same team all four years. It’s been fun to grow together,” said Doerr of her time alongside Kolbe.

Berger also had nine kills for Douglas in the win over Galena.

Lemalu had two high-quality nights in the two wins, posting seven kills, including one that gave Douglas a 25-24 lead in the opening set.

“She’s the most amazing player. Her vert(ical) is insane. She’s one of the most powerful players,” said Rothschild.

In order to make a run at a state tournament berth, the Tiger seniors are on the same page.

Douglas has had some bouts of disparity, occasionally dropping sets with a lull in play.

Making sure the Tigers are geared up for the season’s conclusion is a priority.

“I think we 100 percent can do it. It’s our consistency that gets us. If we can play our best the entire match, then I think we can beat any team in the league,” said Kolbe, who had 57 assists between the Tigers' two wins.

Of course, that postseason run starts Tuesday night at No. 4 Carson between two rivals that have split the season series so far, 1-1.

With the road teams getting the best of the home squad in both meetings, the Tigers feel that they just need to play consistently and keep spirits up against opposing fan bases.

“I think just keep our energy up. Our team is bonding really well. I think we just need to keep that up,” said Rothschild.