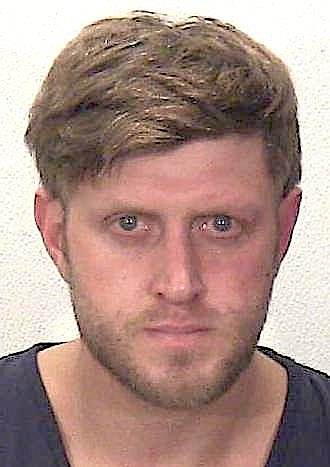 A rash of early Saturday morning commercial burglaries resulted in a Sacramento man being detained after a vehicle matching the description of that involved was found behind the former Carson Valley Chevrolet building.

Andrey Yakimov, 34, was taken into custody around 8 a.m. on a Nevada State Police contempt warrant just two hours after deputies responded to Pacific Gas for a break-in. Deputies were alerted by an owner who saw someone “sneaking around” inside the Gardnerville gas station and a Prius parked there.

Douglas County investigators were working on a series of burglaries in Carson Valley Plaza as the call at Pacific Gas came in around 6 a.m.

In both instances someone entered the business through the roof, something authorities in California reported Yakimov has done several times.

Yakimov was reportedly wearing an ankle monitor when he was taken into custody. He is being held on $81,152 bail on three counts of commercial burglary and possession of a controlled substance. He is scheduled to appear in East Fork Justice Court on Wednesday.