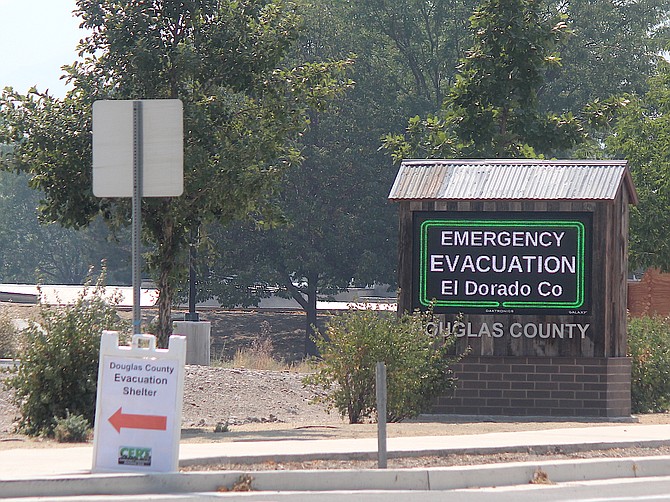 The Douglas County Community & Senior Center was reserved by the Red Cross for two weeks to house evacuees from the Caldor Fire.
Photo by Kurt Hildebrand.

The father and son accused of sparking the Caldor Fire appeared in Placerville court on Sept. 30 and will have another appearance for preliminary examination on Oct. 11.

David and Travis Smith, ages 66 and 32, respectively, at the time of their arrests, face several charges for allegedly starting the fire that burned more than 346 square miles, which is just under the size of San Diego.

The Smiths are charged with three felonies apiece with four enhancements on each felony.

After nearly a year of pre-preliminary hearings the two defendants will appear in court for the preliminary examination on Oct. 11.

The Caldor Fire never quite reached Douglas County last year, but had a substantial impact on the county's finances after the Stateline casino core was shut down and South Lake Tahoe and Stateline were evacuated.

It was the first time a mandatory evacuation was implemented due to a fire in Douglas County history.

During the preliminary examination the prosecution will call witnesses to the stand, introduce evidence, and in turn, the defense can cross-examine witnesses.

The DOJ website explains, “The defense cannot object to using certain evidence, and in fact, evidence is allowed to be presented at a preliminary hearing that could not be shown to a jury at trial.”

Once the hearing is completed the judge concludes whether there is probable cause to believe the crime was committed by the defendant or not. If probably cause is found a trial will be scheduled.

In the event the judge does not believe the evidence does not reach the level of probable cause, the defendant’s charges may be dismissed.