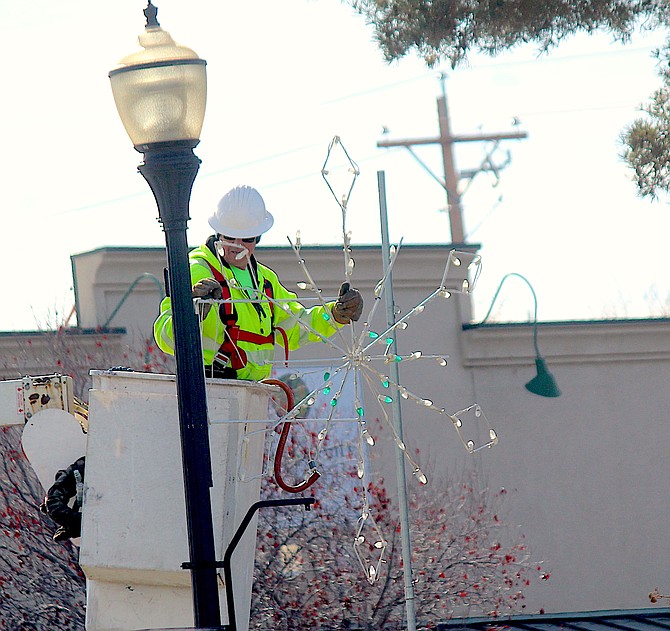 Genoa, Nev. — Public outreach sessions for East Fork Fire District’s new fire regulations are scheduled for 3-5 p.m. Nov. 30 and 3-5 p.m. Dec. 6 at the district offices 1694 County Road in Minden. The meetings are public but designed for folks in the building industry. Second reading for the regulations is scheduled for Dec. 20.

A sentencing hearing for a former Douglas County employee accused of two counts of theft was suspended on Tuesday after Rena Petri said she didn’t actually commit the second offense she to which she earlier pleaded guilty. District Judge Tod Young continued the case while Petri and her lawyer sort it all out.

The unemployment rate continues to creep up with Douglas posting a 4.2 percent rate for October, up from 3.6 percent in September and 3.3 percent in October 2021, according to the Nevada Department of Employment Training and Rehabilitation. There are 20,864 employed and 994 jobless workers in the county.

While Western Nevada College will be open today, it’s an instructional holiday, so no classes. The campus will be closed Thursday and Friday for the long Thanksgiving weekend.

Christmas events across the three Carson Valley towns start Dec. 1 with fireworks in Gardnerville. It’s going to be a busy week culminating in the Parade of Lights on Dec. 3.

The next couple of days will be nice to toss around the football in the afternoons, especially while waiting for the Thanksgiving feast. Expect sunny skies and highs in the lower 50s, hitting almost 60 by Friday. Lows will remain in the 20s through the weekend.

Kurt Hildebrand is editor of The Record-Courier. Reach him at khildebrand@recordcourier.com or 775-781-0351.