No precipitation in forecast until early next week, at least 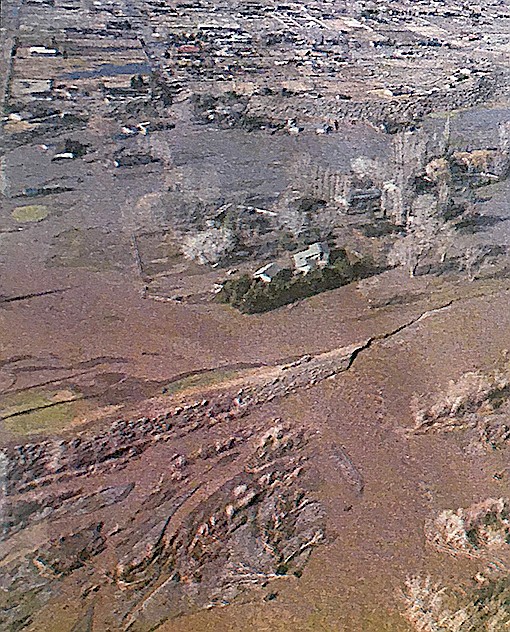 The Carson River hopped its banks in January 1997 after warm rain fell on snow from a storm over Christmas 1996.

While the station where Twain and his compatriots were trapped for eight days was near what’s now Lake Lahontan, his description of the Carson River in full flood rings true for anyone who watched logs floating down the East Fork toward the Highway 88 just prior to the New Year’s Flood of 1997.

“The crooked Carson was full to the brim, and its waters were raging and foaming in the wildest way — sweeping around the sharp bends at a furious speed, and bearing on their surface a chaos of logs, brush and all sorts of rubbish,” he wrote.

After a sunny and clear Thanksgiving, there’s a possibility of new wet weather arriving on Sunday, according to the National Weather Service.

“A more unsettled pattern could arrive toward the end of the holiday weekend,” National Weather Service Meteorologist Amanda Young said on Monday. “Ensemble guidance does show, however, a better chance for a much wetter and breezier pattern setting up after Thanksgiving holiday weekend period.”

“It’s important to recognize that Nevada does flood,” Community Development Director Tom Dallaire said. “I want to thank the stormwater team for everything they do on a daily basis to prepare for those floods and their immediate action on dealing with the aftermath of those floods.”

Dallaire, who attended Tuesday’s flood workshop, said that it appears the Valley might be due for a flood in the next few years.

“Hopefully, we didn’t just put that out into the universe,” he said on Thursday.

The flood awareness event drew a large number of residents interested in work on the Johnson Lane sediment basins working to slow down flooding that comes out of the Pine Nuts, according to county Flood Control Manager Courtney Walker.

Those basins are the result of work under the Johnson Lane Flood Management Plan and are partially funded as a result of a lawsuit brought by residents who suffered in the 2014-15 summer alluvial fan flooding.