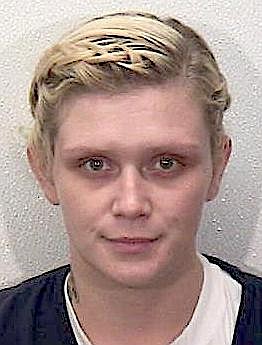 A former Lake Tahoe woman who admitted selling almost 2 ounces of methamphetamine while she was on supervision in another state, was sentenced Tuesday to 2-5 years in prison.

Marissa Catherine Walls, 27, has what attorney Martin Hart described as “not the greatest of records.”

Hart said his client was trying to make money so she could go back to Arizona where she has a probation hold. He argued for probation, though he recognized that was a big request.

Walls was paroled in April 2020 after a prison sentence in California. In the meantime, she was arrested in a drug sting on Oct. 15, 2021, in Stateline, which also prompted Arizona authorities to place a hold on her.

Ferguson asked Young to sentence Walls to the maximum 2-5 year sentence and fine her $1,000.

“I’ve been committing crimes since I was 18,” Walls said. “When I lost my husband, I lost sight of what was important.”

Walls admitted to one count of sales of a controlled substances in September. In exchanged for the plea, prosecutors agreed not to seek habitual criminal status.

Young pointed out that if she continues to commit crimes, she may end up locked up for life somewhere.

“Methamphetamine is a poison,” he said. “Selling poison is not acceptable. Quit selling poison.”

He pointed out that Walls could have stopped at any time, including right up to the sale in October, when she said she had to go back and weigh the drugs before the transaction was concluded.

In addition to the prison sentence, Young ordered her to reimburse drug agents for $480 in buy money.

She was given credit for 104 days time served.

• A man who couldn’t do a diversion because he was sentenced to prison in Washoe County voluntarily dropped out of drug court on Tuesday.

He has been in custody since he was sentenced to 1-3 years in prison in 2021 for using someone else’s identity, according to the Nevada Department of Corrections. He was released on his own recognizance and will be supervised by the state until his Dec. 6 sentencing date.