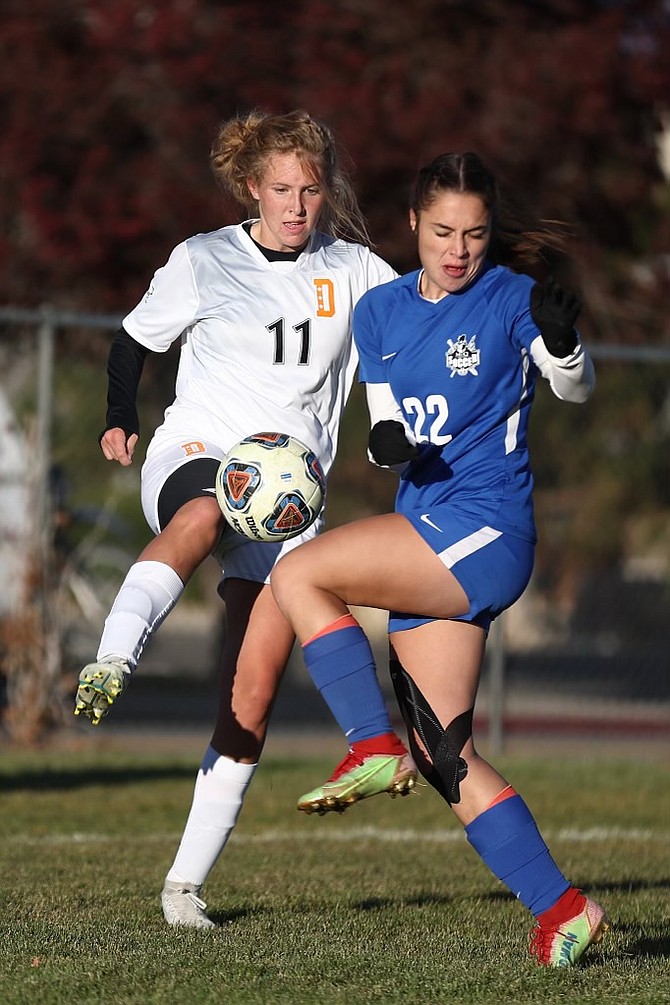 Douglas High girls soccer couldn’t have asked for a much more competitive affair against McQueen in the Class 5A North girls soccer regional semifinal Wednesday afternoon.

The contest went into the second overtime period before anyone found a winner when McQueen’s Carmen Damian bent in a corner kick in the 100th minute to seal it.

The 2-1 final put the Lancers into the state tournament and advanced McQueen into Saturday’s regional final against No. 5 Galena.

“I think we’ve come so far. We had nothing to lose and I’m really proud of how we played,” said senior Camden Miller.

How they got to OT

Wednesday afternoon’s contest was moved from McQueen to Wooster High School due to snow.

The Colts’ field held up nicely through the wintery mix that came down the night prior and leading up to kickoff.

In the 38th minute, the scoreless draw was broken as McQueen junior Caitlin Hilson booted a shot that skipped into the back of the net.

The Lancers’ back line held strong until the 61st minute when a Tiger sophomore tied it up.

Kaylee Bradford got on the end of a through ball and didn’t even give McQueen’s keeper a chance to react, smashing it into the back of the net.

The goal invigorated the Tiger sideline with life, during the chilly afternoon contest.

As the sun dropped behind the clouds the two squads competing for a state berth went tied into overtime.

In extra time, McQueen piled on the chances on frame, picking up three shots on goal in the final 20 minutes.

A corner kick in the 100th minute closed out the contest as the Lancers scored the sudden death goal needed to avoid penalty kicks.

Even Douglas goalkeeper Kylie Martin gave credit where it was due.

“Hats off to that girl who made a (sic) banger,” said Martin. “I’ve never come together with a family like them. I really wouldn’t have rather come this far with anyone else, but this team.”

Though they won’t graduate until the spring, Douglas High girls soccer will lose an influential group of seniors.

It was a small class of four, but the Tigers will be without some of their key leaders for next season.

While Martin and Lash were the leaders on the defensive end, MacPherson was third on the team in goals with four and led the squad in assists (10).

“I think coming into the playoffs as the six seed and making it as far as we did, I am honestly shocked,” said Lash, who had the game-winner in the postseason opener. “With this team, the effort and dedication, I wouldn’t have wanted to do it with anyone else.”

Miller’s season – at least on the field – had come to an end prior to Wednesday’s playoff game after suffering a season-ending knee injury early in the season.

“This year was bitter sweet, obviously because of my injury,” said Miller. “I’ve played with these girls for 12 years, so it’s just really special. We definitely were expecting to go this far from the beginning. We definitely didn’t let anybody down.”

The Tigers end the season with a 10-9-3 overall record and made the postseason for the 11th straight year (as far back as online season-by-season results go). 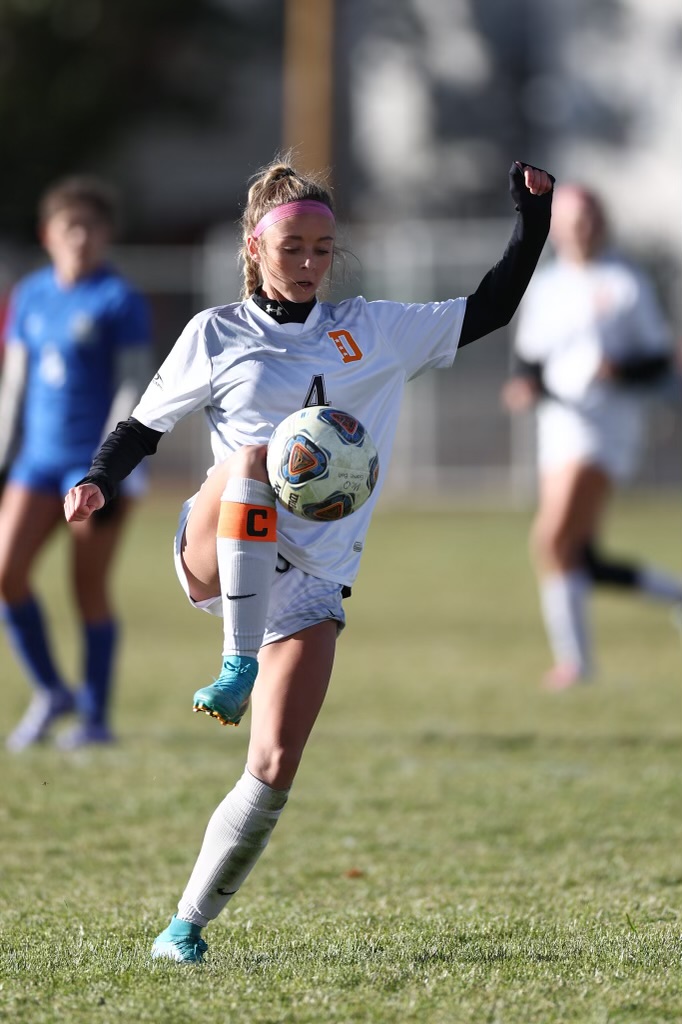 (Douglas High senior defender Kylee Lash (4) knocks down a ball to her feet against McQueen Wednesday afternoon, during the Class 5A North regional semifinals. / Ron Harpin)