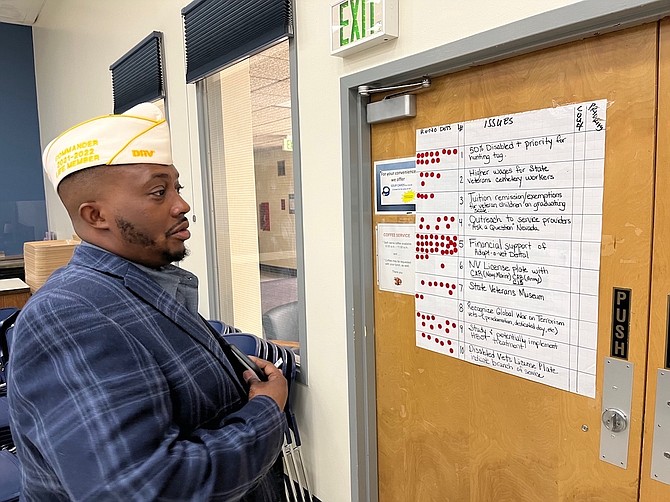 Jerome Washington from the Veterans Benefits Administration relies on input to rank the top issues facing veterans. He is also a member of the Disabled American Veterans and Veterans of Foreign Legion Post 3396 in Sparks.
Photo by Steve Ranson.