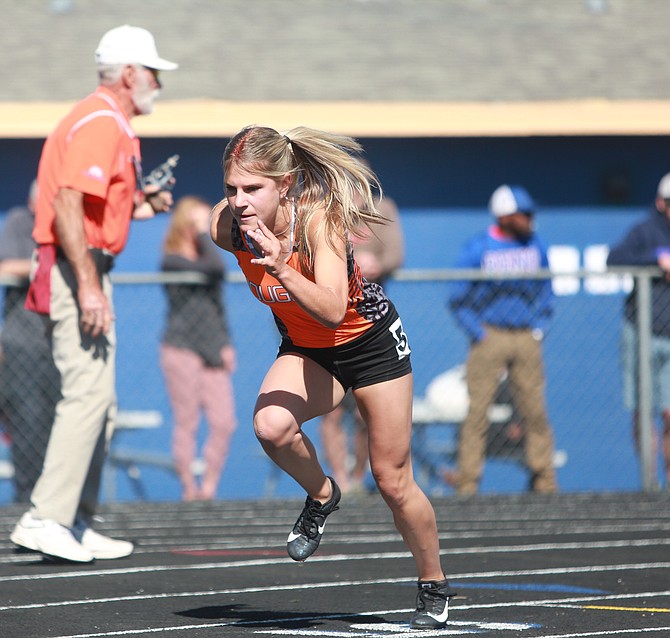 Douglas High senior Jessica James comes out of the blocks in the 400-meter dash Friday at Reed High School, during the Nevada State Track and Field Championships. James was fourth in 58.67, earning a podium spot.
Photo by Carter Eckl.


(Douglas High’s Logan Karwoski clears the bar during the high jump at the Nevada State Track and Field Championships Friday. Karwoski tied for sixth with a clearance of four feet, 10 inches. / Carter Eckl)

(Douglas High’s AJ Thurston, right, hands the baton to Grady Frensdorff for the second leg of the Class 5A boys state 4x100 relay. The Tiger boys were less than a second away from breaking the school record in the event. / Carter Eckl)