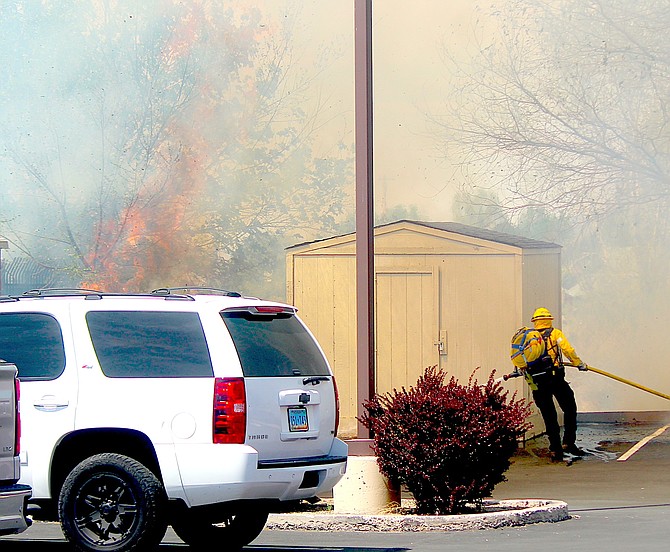 East Fork firefighters have reported stopping forward progress of a grass fire behind the Douglas County Judicial & Law Enforcement Center at around 2:55 p.m., nearly 35 minutes after the fire was first reported.

First reported at around 2:20 p.m., the grass fire spread to the trees along the north side of the parking lot as a west wind blew embers onto vehicles, both in the public and secure portions.

Douglas County Sheriff’s personnel moved vehicles out of harm’s way from the fire that was reported around 2:20 p.m. The only structure threatened by the fire was a shed in the northwestern corner of the parking lot.

Smoke rose above downtown Minden as fire units responded from across the county, including Tahoe Douglas. Other locations aided with emergencies that occurred around the same time, including a motorcyclist down at Highway 395 and Airport Road and a medical call in Topaz Ranch Estates. Firefighters expected to be on scene until around 4:30 p.m. as they mopped up the fire.