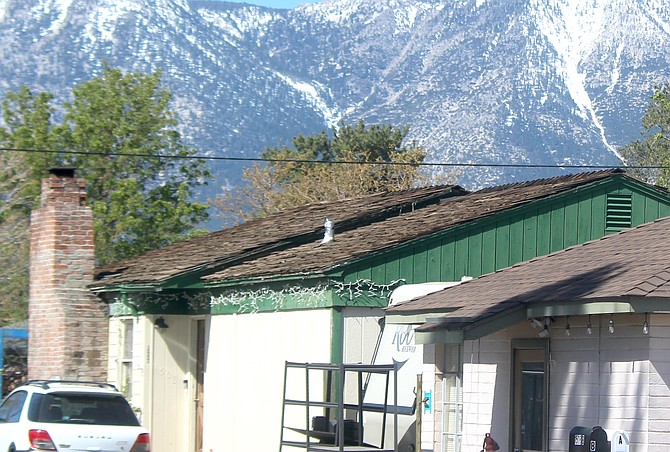 The home behind the old Stellar TV shop in downtown Gardnerville had an attic fire on Thursday night.

Firefighters responded to an attic fire in downtown Gardnerville around 6:20 p.m. Thursday night.

When firefighters arrived, they found light smoke in the attic area, according to East Fork Fire Capt. Tracy Connelly. All of the occupants were confirmed to be out of the home.

“Crews quickly located the fire, and it was contained to a small area of the attic,” Connelly said. “Cause of the fire pointed to some electrical wiring in the attic space.”

The slow lane of Highway 395 was shut down for about an hour while firefighters worked.
Three engine companies, four ambulances, a squad and two chief officers responded to the blaze.

No injuries were reported.

The buildings on the property were built in the early 1950s. The commercial space along the highway was most recently High Country Biker, a repair shop specializing for Harley-Davidson motorcycles.