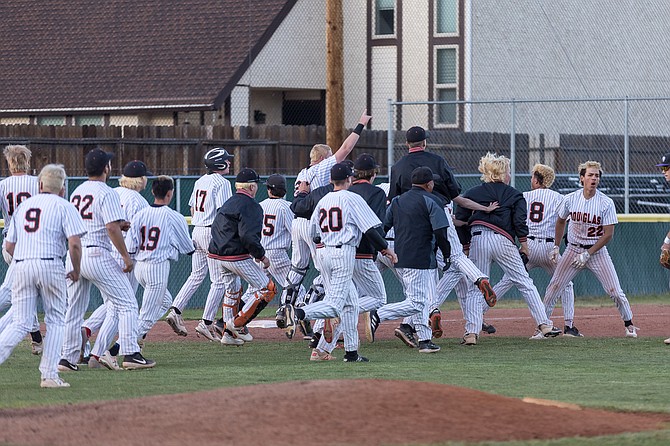 The Douglas High boys baseball team celebrates after Gabe Natividad's walk-off hit in the 12th inning against Spanish Springs in the Class 5A regional consolation round.
Photo by Ron Harpin. 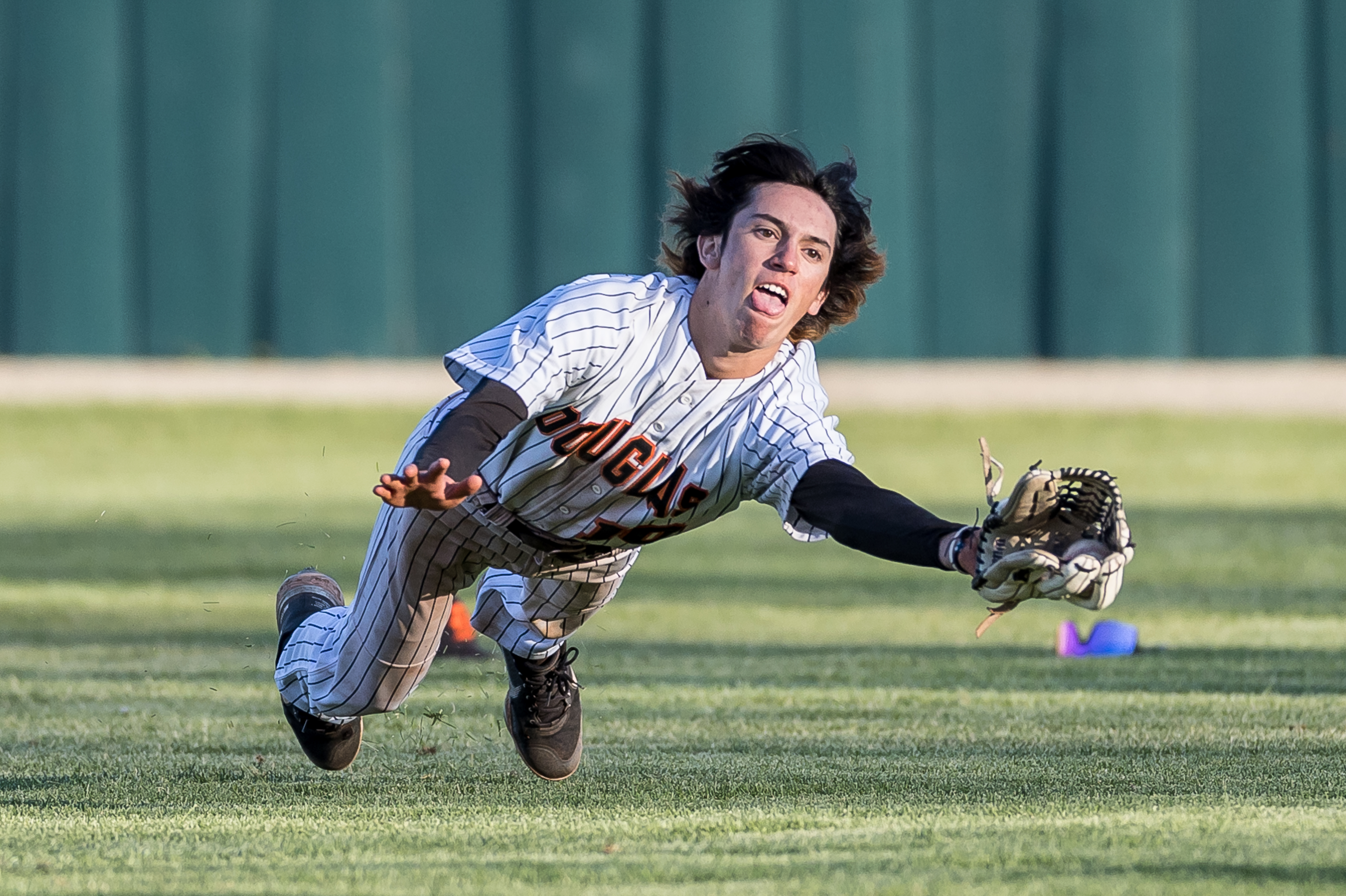