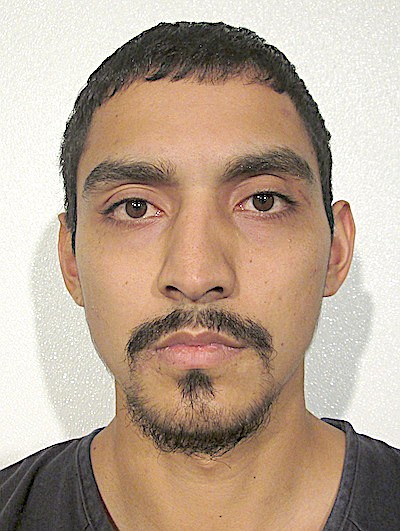 A man admitted to a felony count of eluding deputies during a late-night 100 mph car chase that ended in a collision.

Arriaga Ruiz could also receive probation. As part of a plea agreement, he will give up a firearm found in the vehicle.

According to court documents, on May 30, 2021, Arriaga Ruiz and a woman were spotted smoking marijuana by a deputy. During that contact, the deputy learned that Arriaga Ruiz had a revoked drivers license.

About four hours later, the deputy saw the couple at the Roundhill Safeway and watched as Arriaga Ruiz got behind the wheel of a BMW.

When he saw the patrol car, Arriaga Ruiz drove the BMW east on Highway 50 with the deputy behind him.

The deputy reported Arriaga Ruiz turned off his headlights and pulled away, prompting the deputy to activate his lights and siren. The chase hit 100 mph before approaching Tamarack Drive, where the deputy spotted a cloud of dust and slammed on the brakes, stopping just 5 feet short of the BMW, which had crashed into a rock wall and was facing the other way.

Arriaga Ruiz bailed out of the vehicle leaving behind the woman, who was injured in the collision.

• A convicted felon who had a handgun prosecutors said he planned to shoot in the air on New Year’s Eve is headed back to prison.

Allen Stacy Standley, 49, was on parole for armed robbery when he was arrested in Minden.

Attorney Kris Brown said he faces revocation in the armed robbery case and could end up going to prison until 2025.

“He’s spent almost half his life in prison,” Brown said. “He was using drugs and alcohol since he was 10 years old.”

Under a plea agreement, prosecutors didn’t seek habitual criminal status and charged him with carrying a concealed weapon. He was sentenced to 19-48 months consecutive to the time he still has to serve.

Brown said that Standley didn’t fit in prison or when he was free. He previously used the time he was out to party.

Standley has six felony convictions dating back to 1991, according to Prosecutor Patrick Ferguson.

“He was claiming he wanted to shoot into the air for New Years,” Ferguson said.

• A man on parole for attempted grand larceny of a motor vehicle will remain in custody pending sentencing for possession of a controlled substance.

Daniel Joseph Stevens, 36, admitted Monday he had methamphetamine when he was arrested on March 31. He faces up to 1-4 years in prison when he is sentenced on June 27.

Stevens has five theft related felony convictions, according to the Nevada Department of Corrections. He was paroled in June 2021.

• A mother of four, who admitted to selling methamphetamine, received probation despite having what she described as “hiccoughs” on supervision.

District Judge Tom Gregory pointed out that Kizer sold methamphetamine on two occasions and while she was out of custody violated the conditions of her bail.

“If you don’t follow the terms and conditions to a tee, there is a real possibility you are going to prison,” Gregory said.

He ordered her to serve 30 days in jail on weekends, with the exception of graduation weekend.