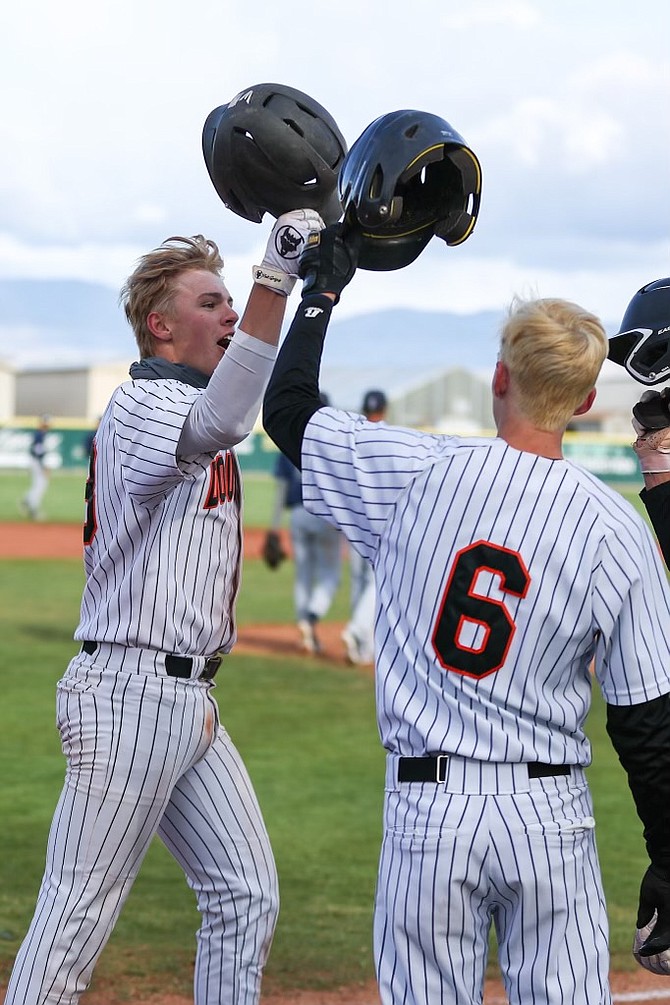 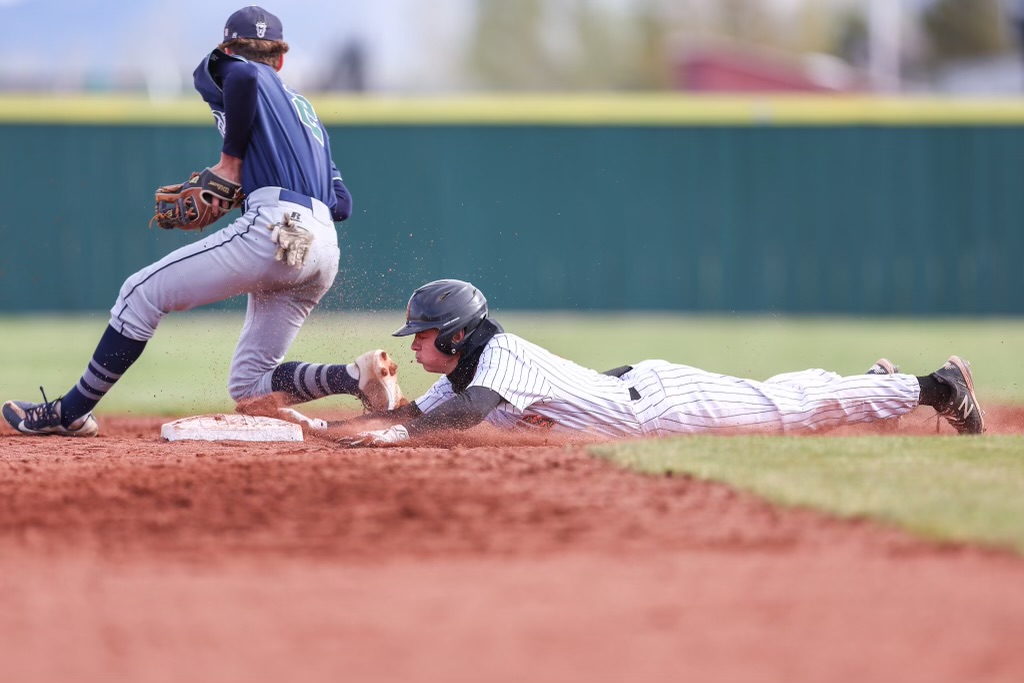 (Douglas second baseman Ashton Davenport slides head first into second base Tuesday, during the Tigers' 11-0 win over Damonte Ranch in the first round of the regional tournament. Davenport went 2-for-3 with a double and three RBIs in the win. / Ron Harpin) 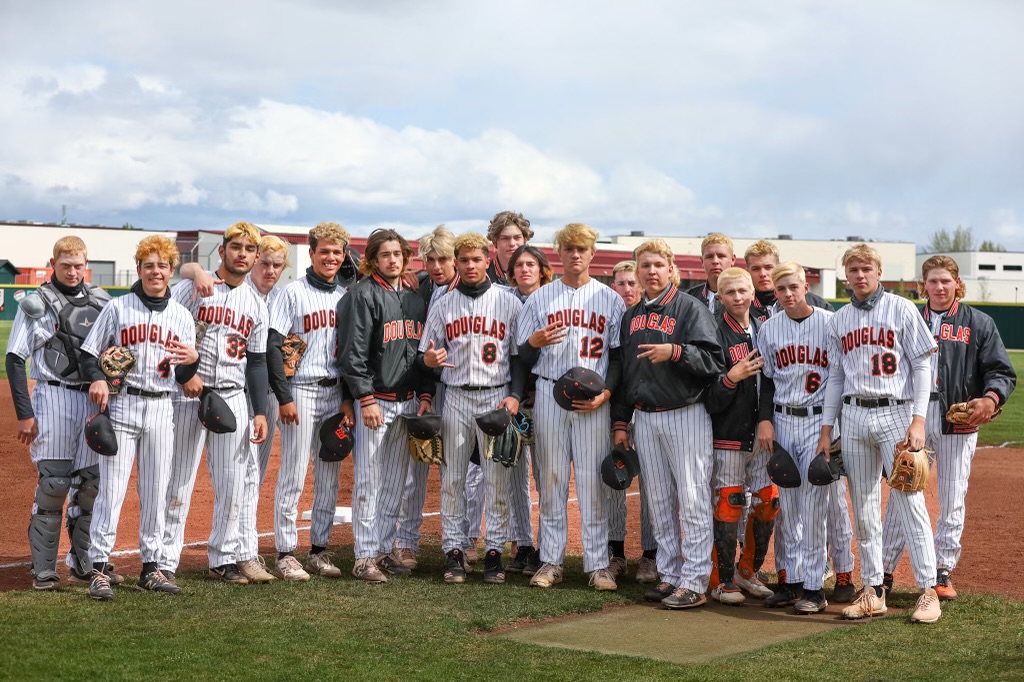 (The Douglas High boys baseball team poses after their first round win in the Class 5A boys baseball regional tournament. The Tiger team died their hair blonde for the postseason. / Ron Harpin)