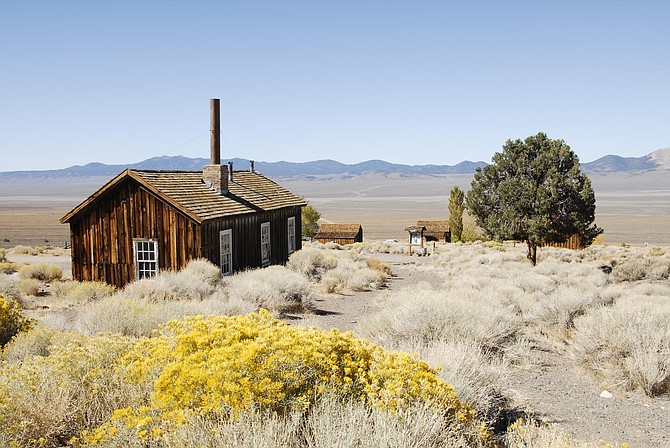 Nevada State Parks announced the May 11 reopening of Berlin-Ichthyosaur State Park following the successful completion of an extensive roadway project.

The new improvements will allow safe travel through Union Canyon throughout the year and prevent resource damage during storm events.

This large-scale project, which included restoration, resurfacing, rehabilitation, and reconstruction of roadways, will provide visitors with safer access to the park, via the Fossil House and Union Canyon roads.

The roadways were widened to allow for two vehicles to pass simultaneously in most areas, and improvements include erosion control measures such as the installation of five low water crossings and a new guardrail placed along the fossil shelter road.

Visitors will also notice a new retaining wall below the Fossil House that was necessary to impede the ongoing erosion from encroaching upon the shelter. This will ensure the integrity of the building and the fossils for generations to come.

“We appreciate everyone’s patience during this extended closure,” said State Parks Administrator Bob Mergell. “This project was crucial to protecting the integrity of Berlin’s natural resources, while ensuring the safety of our visitors as they explore one of Nevada’s most treasured state parks.”