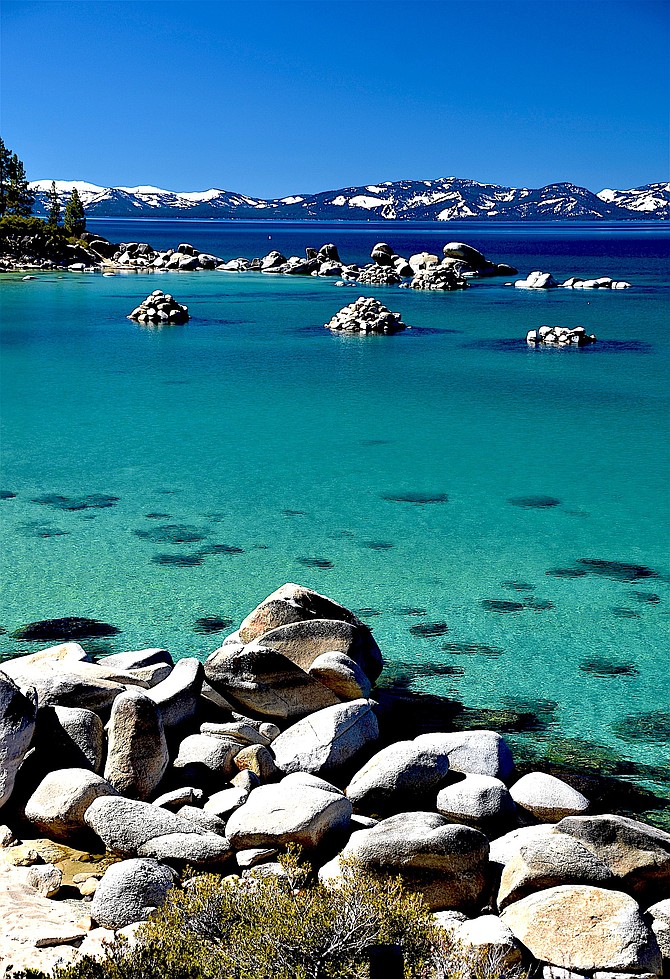 Lake Tahoe on Tuesday as shown in this photo by Tim Berube.

Genoa, Nev. — Starting a closely held corporation and transferring a vacation rental to it might result in having to apply for a new permit under the revised ordinance, VHR Advisory Board members heard on Wednesday. The board voted 3-1 to recommend approval of the ordinance, which goes back to commissioners for final reading next month.

The VHR advisory board members worked for more than five hours on Wednesday discussing Tier 3 vacation home rentals. Two were approved and two denied on Wednesday. An appeal over a $5,000 fine was upheld 4-0 for a vacation rental that was revoked for a Lakeview resident.

The three candidates opposed to school board action on critical race theory are hosting a town hall 5:30 p.m. today at Maddog’s in Gardnerville. It’s the former Hamdog’s, if you’re wondering.

The Nevada Department of Motor Vehicles unveiled its rebranding effort including a revamped web site and logo. Officials said that by the end of the four-year process all of its services will be online. You can go to dmv.nv.gov if you want to take a look.

It’s going to be heating up on the weather front this week with the high temperature forecast to hit 80 degrees on Friday. Today is forecast to hit 76 degrees under mostly sunny skies with the zephyr picking up at 5-10 mph in the afternoon.

Race Theory at Home by RobertS 10 months, 2 weeks ago