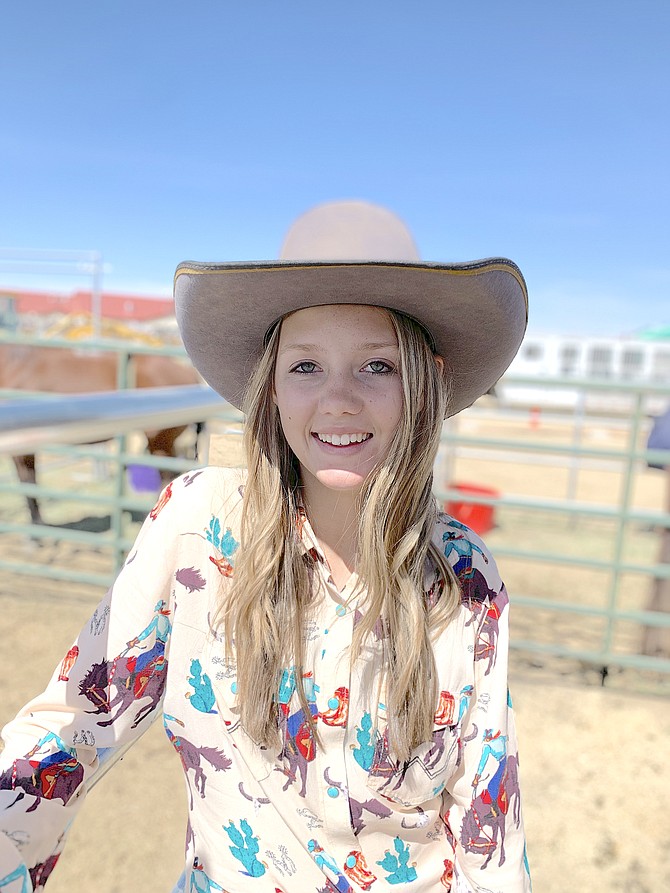 Riley Danen will participate at the 17th annual National Junior High Finals Rodeo in the .22 light rifle competition next week.

She will be traveling with fellow teammates to Perry, Ga. next week to compete at the 17th annual National Junior High Finals Rodeo in the .22 light rifle competition.

Besides being involved in Douglas-Carson Jr. High School Rodeo, where she also competes in barrel racing, pole bending, and goat tying, Riley also maintains an honor-roll status and is involved with her school through leadership.

She plays soccer and basketball. She recently was one of four eighth-graders to win the Fleet Reserve Association essay contest, this year’s theme was “Why I’m Proud To Be An American.”

One day she said she would like to shoot at the Olympic level.

“I’m excited to have the chance to experience and gain knowledge of competing at such a high competitive level, as well as representing the state of Nevada,” she said.

She is currently looking for clubs or organizations to help sponsor her trip as costs to travel are at an all time high.

Featuring roughly 1,200 contestants from 43 U.S. States, five Canadian Provinces, Australia, Mexico and New Zealand, the NJHFR is the world’s largest junior high rodeo. In addition to competing for more than $80,000 in prizes, NJHFR contestants will also be competing for more than $200,000 in college scholarships and the chance to be named a National Junior High Finals Rodeo World Champion.

Live broadcasts of all NJHFR performances will air on www.cowboychannelplus.com Performance times are 7 p.m. on June 19 and 9 a.m. and 7 p.m. each day thereafter.