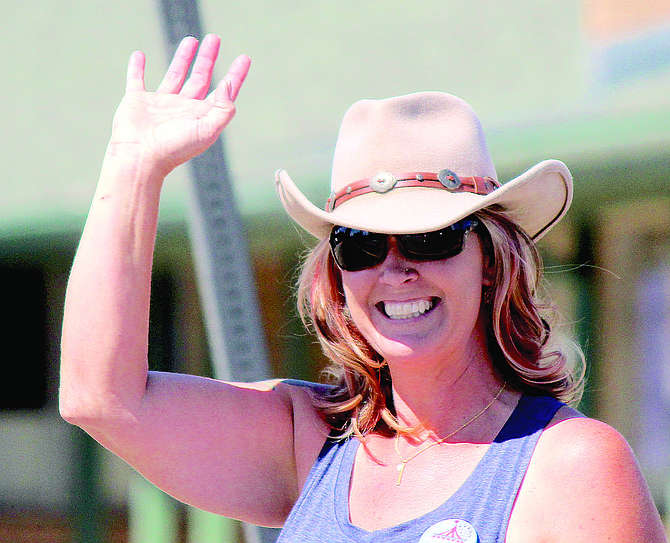 If only voters were as enthusiastic as the turnout at Saturday’s Carson Valley Days Parade.

A little more than a sixth of the entries in Saturday’s parade were candidates seeking office, and they were definitely pressing their campaigns home with voters as they strolled along Highway 395.

We congratulate Sharla Hales for both winning the political category in the parade and taking a seat on the Douglas County Board of Commissioners in January.

Even with the parade falling before the primary this year, about a quarter of the Douglas electorate has already made its choice.

Looking at turnout in surrounding jurisdictions, it’s more likely that number will end up being half of those eligible to vote in the election.

The all mail-in primary election in 2020 saw 47.1 percent turnout, while in 2018 turnout was worse at not quite 40 percent despite a hard-fought sheriff’s race in which all parties could participate.

While turnout among Republicans, who comprise more than half of Douglas County’s active voters, usually climbs to around 50 percent, it’s still not good.

Voters may have been waiting for the polls to open on Tuesday to cast their ballot, but due to our deadlines, we won’t have that information until after the paper goes to bed.

We find ourselves in the same position as Schrödinger’s Cat, not knowing the election results until someone opens the box.

We’ve often quipped that we know the Republican won, but with scores of Republicans seeking their party’s nomination, it’s a hard call on this morning after to guess which one.

One contest we’re happy to call though is for best Carson Valley Days Parade in a long time, thanks to the efforts of a handful of volunteers from the Carson Valley Active 20-30 Club.

If anything, the parade went by too swiftly despite being larger than it has been in a while.