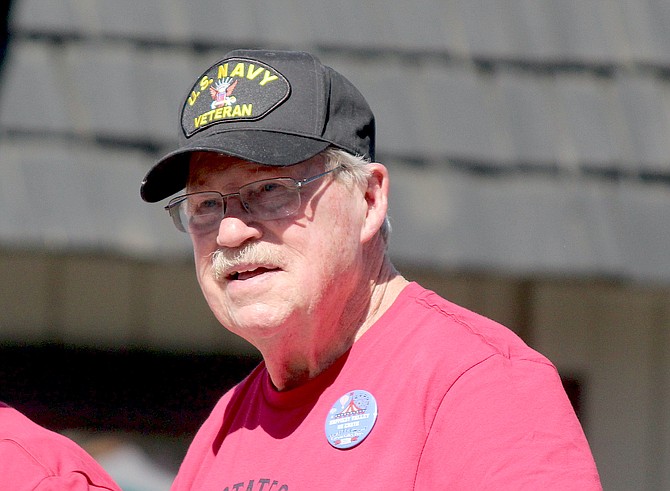 "I am so honored and humbled to be able to continue to serve the residents of Douglas County in this capacity," Burgans said on Wednesday. "I want to thank the community for their support and my staff for their time and dedication to the election process. I am excited to continue to bring trust, transparency and teamwork to the office of Clerk-Treasurer and to Douglas County Elections."

County Commissioner Wes Rice appears to have defeated Janet Murphy a second time with 56.17 percent of the vote, according to preliminary results. There are still a significant number of mailed ballots left to count, so results could change. There is a 3,000-ballot gap between what was reported to the Nevada Secretary of State's Office and the combined totals of ballots received reported by the Clerk-Treasurer's Office on Monday night and in-person voting on Election Day.

It appears Lyon won the Lyon Douglas debate, with both Robin Titus and Ken Gray winning the Republican primary to represent the two counties in the Legislature.

Both county’s results were reported by the Nevada Secretary of State’s Office just after 2 a.m.

Both Douglas residents Jim Wheeler and Blayne Osborn won the home county, but that wasn’t enough to win the multi-county district.

Douglas County School Board Area 7 candidate Dave Burns will go into the general election with a 293-vote edge over opponent Roberta Butterfield. Burns won the race with 46.35 percent of the vote, but not enough to hit 50 percent plus 1 required to win in the primary. Butterfield received 42.76 percent of the vote and Nicholas Brashears had 10.89 percent.