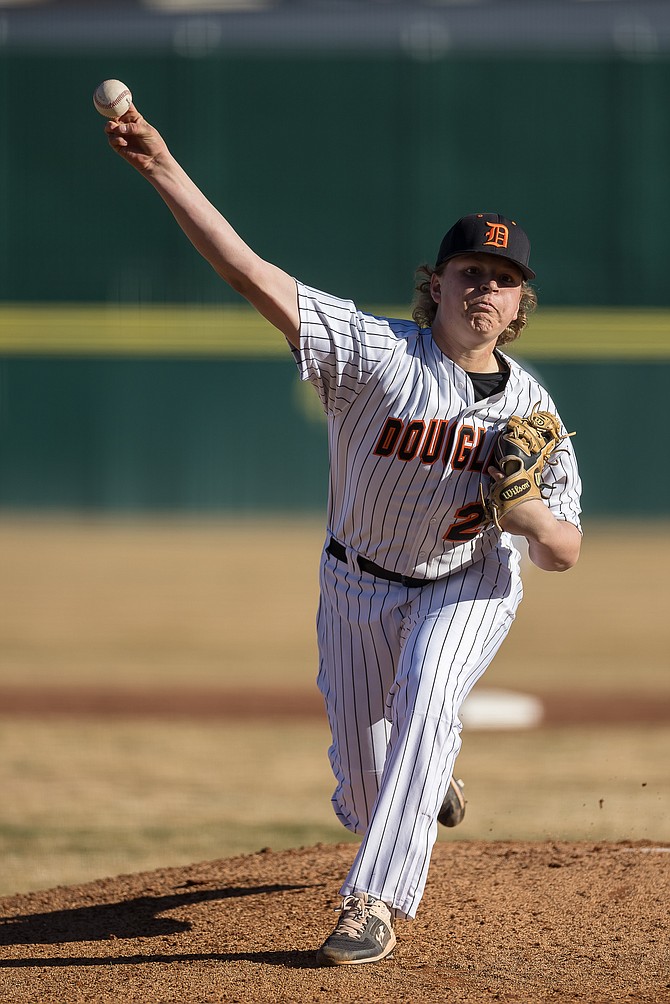 Keegan Snooks was one of the eight underclassmen selected from Douglas and Carson High Schools for the NNBCA underclassmen all-star game Monday.
Photo by Ron Harpin.