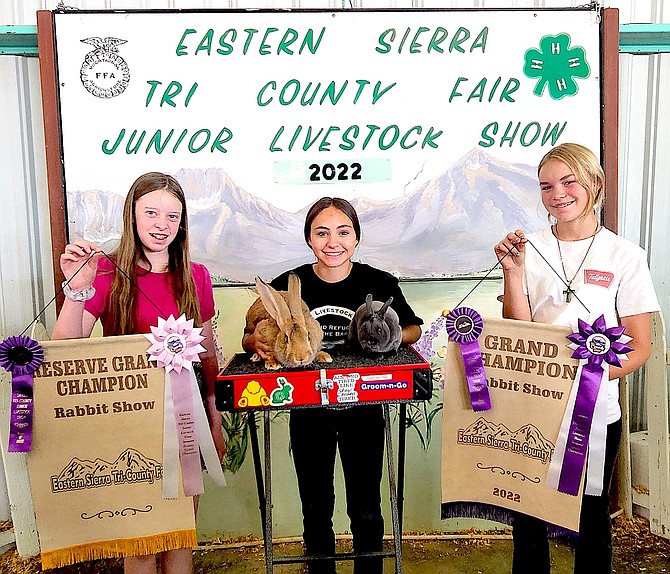 Under the guidance of Nita Vick and Jolene Polis, five members of The Carson Valley Shepherds were recognized by the judges at the competition.

“This rabbit was the hit of the show,” said 4-H Youth Coordinator Patrick Flynn. “He had lots of admirers and received tons of pats over the week.”